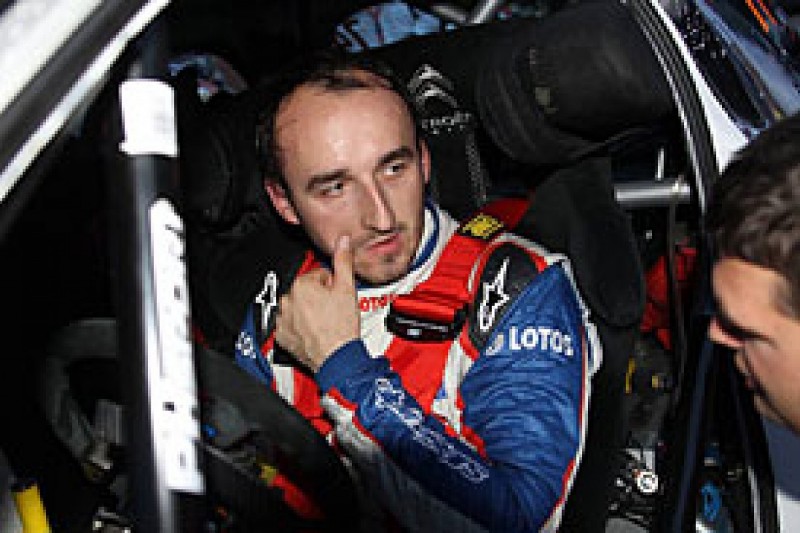 Reigning Super 2000 World Rally champion Breen has not competed against Kubica since the Azores Rally in late April.

That event was one of several in the ERC where Kubica led before crashing.

But since then Kubica has taken three WRC 2 wins from five starts in the WRC support category.

"Robert's got to be one of the drivers we're looking out for in Poland," Breen said.

"Since he was last in the ERC he's been away and done some longer rallies in the World Rally Championship. He's spent a bit of time out in front and that's maybe given him the time to relax a little bit and to discover more about his driving.

"He's definitely come on as a driver and we shouldn't forget that he was starting from a very high level... He will be a force to be reckoned with when he goes home."

Having tasted that home advantage last year, when he finished sixth on the Circuit of Ireland, Breen knows what a boost it can be.

"It's massive," he said. "To see all of those flags and to hear people cheering you on gives you such a big boost. It really helped me last year and I'm sure it'll be the same for Robert in Poland.

"From what we've heard, there are going to be some massive crowds out there watching him. And, this could be the one and only time he gets to experience the feeling of competing at home, if he goes back to circuit racing next year he probably won't get the chance again."

Next week's Mikolajki-based event will be one of the strongest rounds of this year's ERC, with 85 crews entered.

Fifteen S2000 and Regional Rally Cars start while the all-new R5 category is represented by M-Sport, with four Fiestas competing in Poland.

The rally starts with a qualifying stage on Friday September 13.