Sordo's outing is designed to showcase Hyundai's new R5-spec i20 in the ERC, where Skoda and Ford remain numerically dominant in the top class.

"Barum Rally Zlin is a major event, in a country with a very strong rallying culture," he said.

"As one of the key rounds of the FIA European Rally Championship it is one of the biggest rallies, in one of the most influential and competitive series for the R5 category.

"Because of this it is very important for us, as a manufacturer with a customer rallying programme, to be represented in the ERC, and the opportunity to have Dani Sordo in a Hyundai i20 R5 is a great chance to have another of the leading Tarmac rally drivers show the capabilities of the car.

"We know the rally entry will be rich with local drivers and teams, but we are confident that the combination of Dani and the car can compete for the victory." 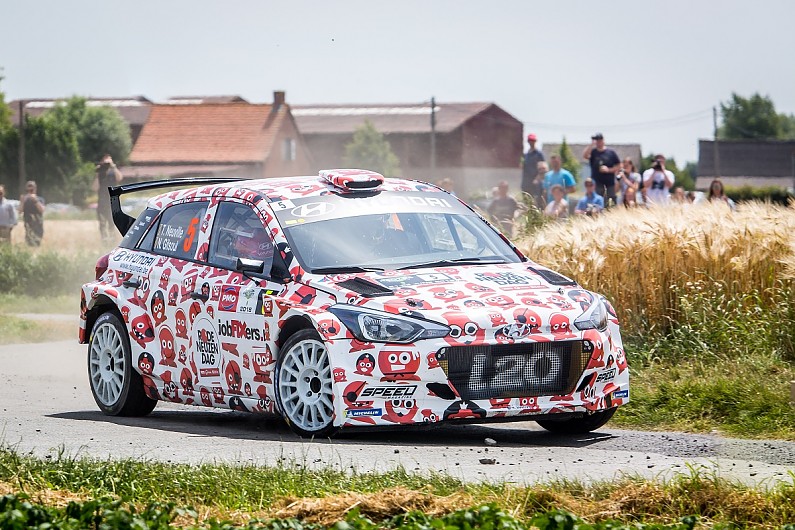 Sordo has not yet driven the R5, which his WRC team-mate Thierry Neuville used to dominate the Belgian and British championship event in Ypres last month (pictured), but will get testing time in it before he makes his Zlin debut.

The event will also be Sordo's first ERC appearance, though he won the Corsica round of its Intercontinental Rally Challenge predecessor on a one-off outing in a Mini six years ago.

Hyundai has not yet had a consistent ERC presence.

Skoda has historically dominated Zlin, its home event, winning eight of the last nine editions - six of them, including the last three in a row, coming via Jan Kopecky.