Munnings has competed in the ERC for the last three seasons, taking the Ladies' Trophy in 2016 in a Sainteloc Racing-run Peugeot 208 R2.

Last year was her most competitive campaign to date, as she regularly finished in the top five in the ERC Junior Under 27 class.

With the backing of Red Bull, the 21-year-old will again compete in the ERC Under 27 series in 2019, but is looking to take on more events outside of the ERC - including her home round of the WRC, Rally GB. 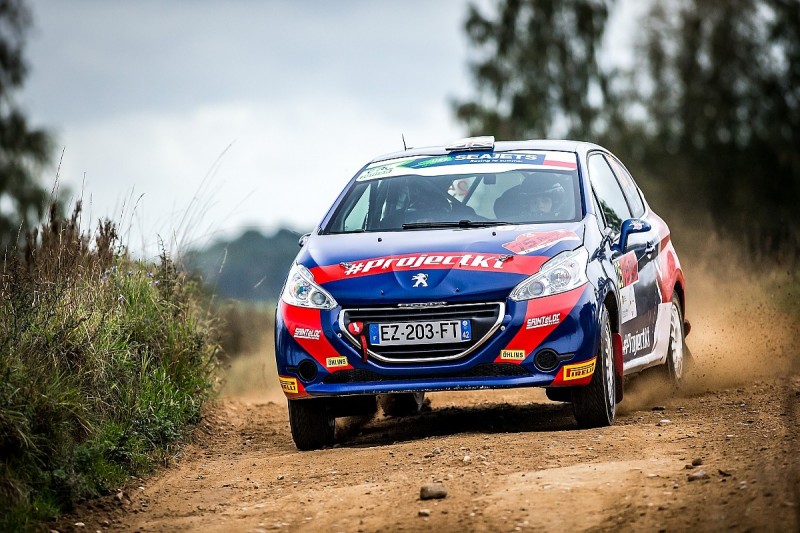 Munnings is also hopeful of contesting some British Rally Championship rounds that do not clash with the ERC.

She competed in a small number of events in 2015/16 in the UK in order to obtain her international license to compete in Europe, but has not competed on home soil since.

"I'm hoping this is a long-term relationship with Red Bull and I'm honoured to join some of the amazing athletes that are involved with the brand," Munnings told Autosport.

"I'm planning on doing the ERC again with my 208 and Sainteloc Racing, but also some rounds of the British Rally Championship as I've never competed on any major events in the UK before.

"I'll bring Sainteloc over for those as they do so much more than look after the car, with testing and physical preparation.

"I'm definitely working towards Rally GB at the end of the year as well, that's also in my plans. It would be great to build more of a presence in the UK."

The ERC Under 27 calendar consists of the Azores Rally, Rally of the Canaries, Rally Latvia, Rally Poland, Rally of Rome and Barum Czech Rally Zlin.