Walkenhorst driver Wittmann had just gone to the top of the timesheets when Rowe Racing’s Timo Glock stopped on the track with an apparent technical issue on his BMW M6 GT3.

With just over two minutes left on the clock, the session was not restarted, granting Wittmann his first pole position in the DTM since Brands Hatch in 2019.

The German driver’s chart-topping time of 1m26.687s was comfortably the fastest lap of the weekend, over two tenths clear of the Winward Mercedes of Lucas Auer, who booked a spot alongside him on the front row of the grid.

2013 champion Mike Rockenfeller was Audi’s top qualifier in third, just ahead of Abt Sportsline team-mate and championship leader Kelvin van der Linde. Both will carry heavy ballasts on their cars after finishing second and first respectively in Saturday’s opening race.

GruppeM Mercedes driver Daniel Juncadella held the top spot for much of the first run with a 1m27.452s, but slipped to fifth in the final classifications, but ahead of the Team Rosberg Audi of last year’s championship runner-up Nico Muller.

Liam Lawson qualified seventh in the lead Red Bull-backed AF Corse Ferrari, finishing nearly a second off the pace after being caught out by the late red flag triggered by Glock. 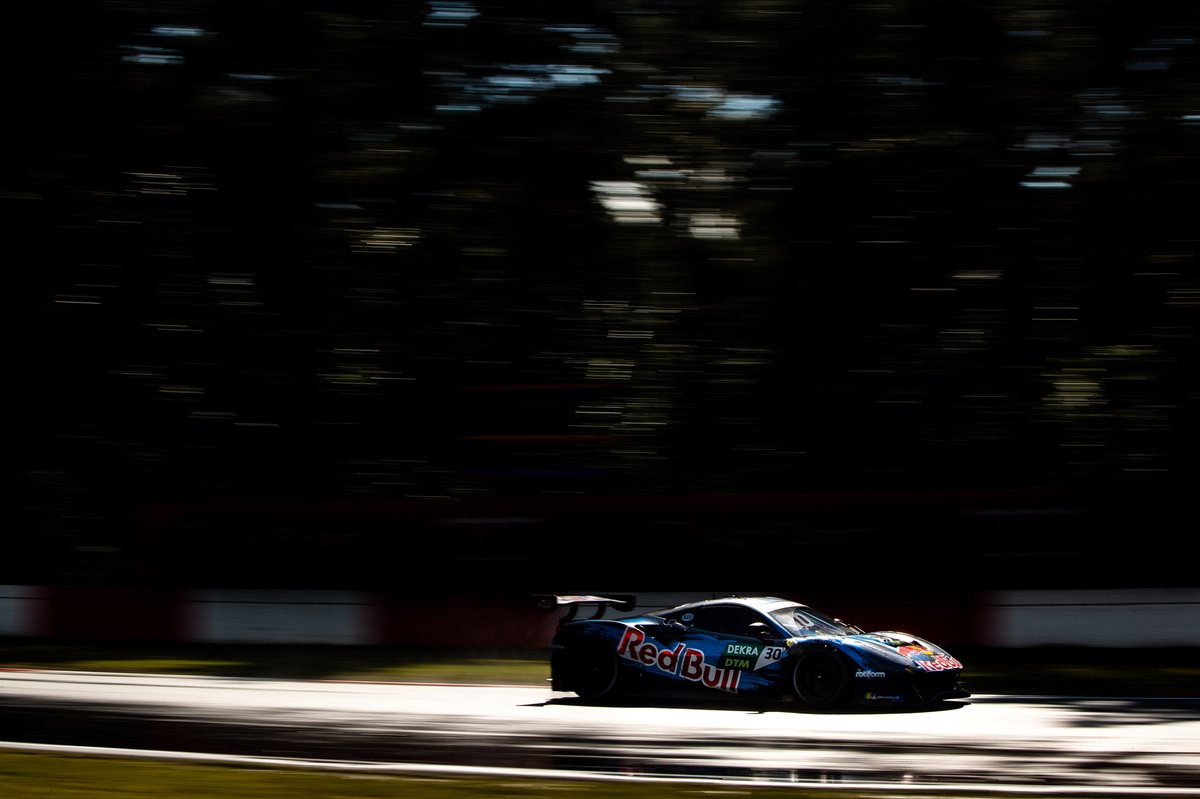 Ex-Formula 1 driver Christian Klien qualified his JP Motorsport-run McLaren an excellent eighth on the grid, having failed to break inside the top in his debut DTM qualifying on Saturday.

Maximilian Gotz (HRT) and Maximilian Buhk (Mucke) completed the top 10, the two Mercedes drivers separated by less than six hundredths of a second.

Esmee Hawkey enjoyed her best qualifying in the DTM, a late improvement to a 1m27.962s putting her T3 Lamborghini 11th on the grid ahead of the second Red Bull Ferrari of Alex Albon.

Sheldon van der Linde qualified down in 16th place, having not had an opportunity to set a lap time in the second run after Glock’s sudden on-track stoppage.

Only 19 cars took part in qualifying, with GetSpeed driver Arjun Maini forced to sit out the rest of the weekend due to damage sustained to his Mercedes chassis in Saturday’s opening race.