The session was delayed by seven minutes to allow the track to dry out completely, although some wet patches were still visible when the pitlane was opened at 10:07 local time.

Rowe Racing BMW driver Timo Glock was the first driver to break the 1m30s barrier as the track continued to evolve, before Team Rosberg’s Nico Muller set the fastest time of the weekend - a 1m27.735s - to put Audi on top.

There was more time to be found in the first runs, with Mike Rockenfeller lapping the Belgian circuit in 1m27.548s to lead his Abt Sportsline Audi team-mate Kelvin van der Linde.

When the drivers returned on track for the final five minutes of the session the track had dried out further, paving the way for more late improvements.

Rockenfeller improved on his own benchmark to strengthen his position, before Sheldon van der Linde snatched the top spot in the second of the Rowe Racing BMWs with a 1m27.499s.

HRT Mercedes driver Gotz then moved the goalposts further, a 1m27.054s moving him nearly half a second clear of the rest of the field.

However, that time didn’t prove to be enough for pole, with van der Linde outpacing him by just 0.021s to top qualifying for the second time this year.

Two-time DTM champion Marco Wittmann enjoyed his best qualifying finish of the 2021 season, ending up just over a tenth off the pace in third position behind Gotz.

Red Bull Formula 1 reserve Alex Albon likewise put together his best one-lap performance of the year, a 1m27.225s putting him on the outside of the second row in fourth.

But Albon will start the first race from ninth place after being hit with a five-place grid penalty for speeding under a red flag in Friday practice. 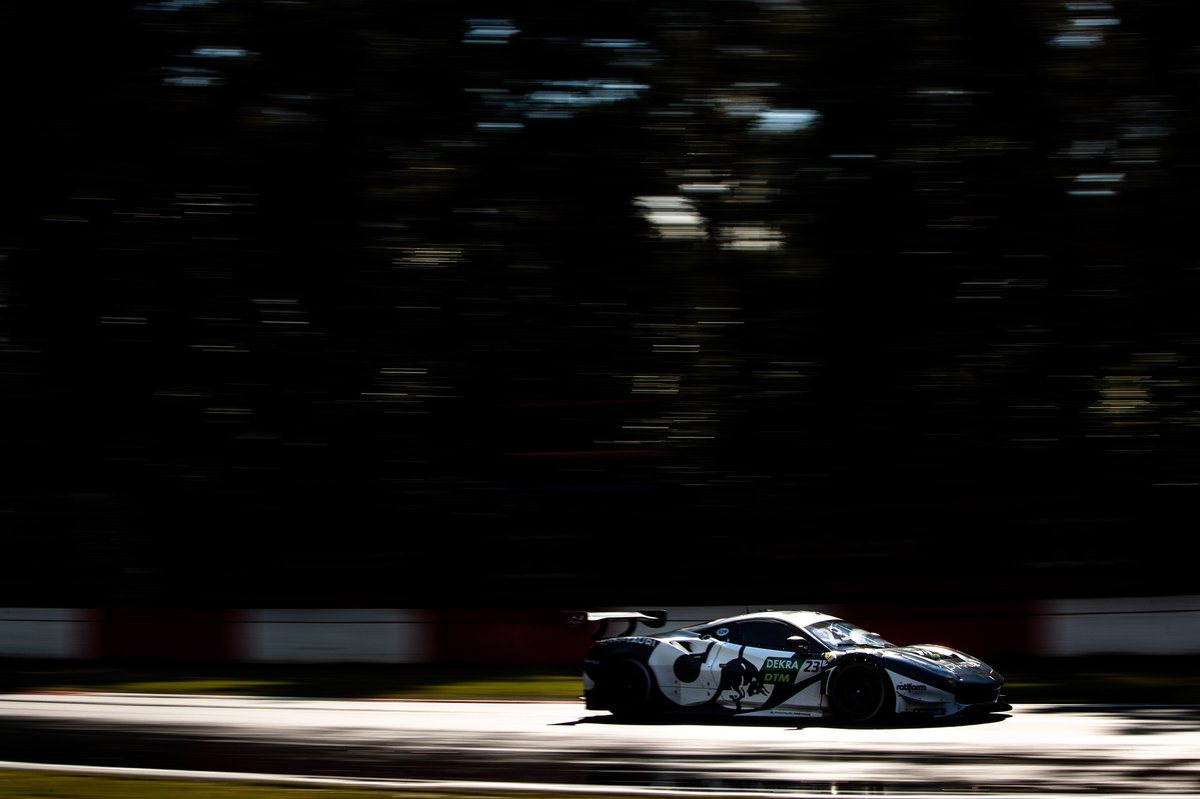 Gotz’s team-mate Vincent Abril qualified another 0.035s adrift in fifth position, moving up to fourth with Albon's penalty, while Rockenfeller slipped behind Gotz in the final classification despite improving to 1m27.256s with a late flyer.

Muller ended up ninth, up to eighth with Albon's penalty, in the best of the Team Rosberg Audis with an identical time to Muth, while Liam Lawson could manage only 10th in the second of the two AF Corse Ferraris.

Ex-F1 driver and Christian Klien qualified in 16th and over a second off the pace on McLaren’s debut in the DTM, despite a BoP boost handed to the sole JP Motorsport entry after the first practice on Friday.