BMW driver Van der Linde's time of 1m21.590s was set in between a flurry of fast laps from Rene Rast's Audi midway through the opening runs.

The South African rookie immediately followed his best time by taking too much speed into the right-hand Turn 4, running into the gravel but maintaining enough momentum to rejoin the track.

The lull in activity while the field prepared for their second runs was sufficient time for van der Linde's car to be checked and cleared to continue.

But Di Resta soon reported that his "engine was running, but [there's] no power" at Turn 2 as he stopped with just under four minutes remaining and caused a red flag.

It meant a queue of cars at the end of pitlane for the final three minutes of running, with Rast a notable exception from the line.

The Audi driver opted against improving on his 1m21.596s lap as his early laps in the second stint before di Resta's stop convinced him the track conditions would not allow him to better his time. 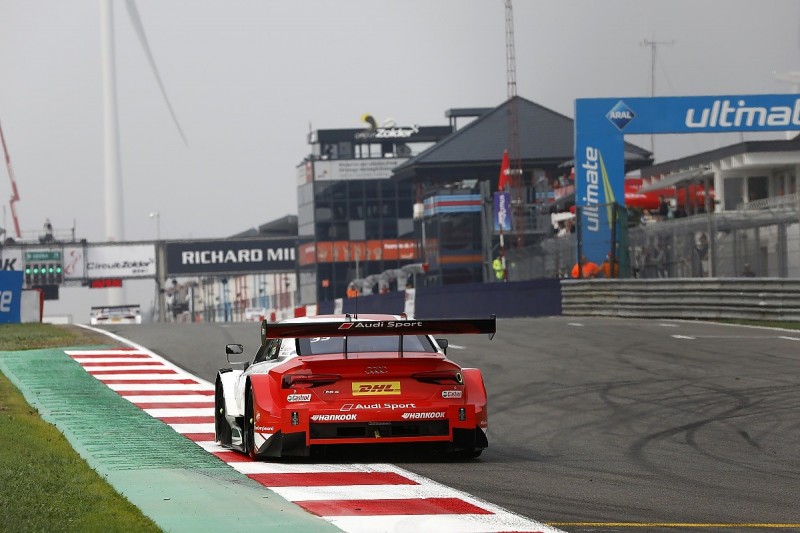 Rast was proved right as he kept second on the grid ahead of race one winner Philipp Eng.

Audi's Robin Frijns was fourth ahead of BMW's Timo Glock, with the former Formula 1 driver one of the few to improve on his time in the final minutes of the session.

Mike Rockenfeller bounced back from his race one qualifying disaster, when a clutch specification change left him last on the grid for Saturday's race, to take sixth for the finale.

Dani Juncadella, Ferdinand Habsburg and di Resta made up the rear of the field.