The R-Motorsport Aston Martin DTM squad has explained the cause of its double retirement in Zolder's opener, which led to a safety car and helped decide the race

Jake Dennis and Daniel Juncadella retired almost simultaneously approaching halfway through the race, with Dennis driving into pitlane entry to stop and Juncadella pulling off track into retirement.

The Astons caused a safety car that turned the race upside down and led to Philipp Eng's win, but it also boosted Paul di Resta and Ferdinand Habsburg who scored points for the R-Motorsport squad after making early pitstops.

R-Motorsport confirmed to Autosport that Juncadella's retirement was related to the throttle activator and that Dennis was halted by an oil pressure problem.

Speaking on Saturday, R-Motorsport team principal Dr Florian Kamelger told Autosport: "We can be proud and satisfied after this third race of the season.

"Paul again in the points, Ferdinand his maiden points in his first season which is a big congrats from all of us to him.

"It's [the retirements] a bit of a good and a bad thing in the same way.

"For us, it's the most important thing to get all four cars through a race because we need the test kilometres.

"Every kilometre is a test kilometre to shorten the gap to Audi and BMW as quickly as we can."

Dennis, speaking prior to the discovery of his problem, told Autosport: "It's a bit of a shame really.

"It was a tough race for us in general, the pace wasn't great for all four cars but all-in-all Paul was able to get a good result in the end with a good strategy from our side, so it worked out perfectly for them.

"Obviously it benefited them, me breaking down, but with hindsight, it was bad for me and bad for Dani.

"It got them into the points which is good, we just need to work on a few things, improve the overall pace of the car."

The other notable retirement in the Zolder opener was Rene Rast. 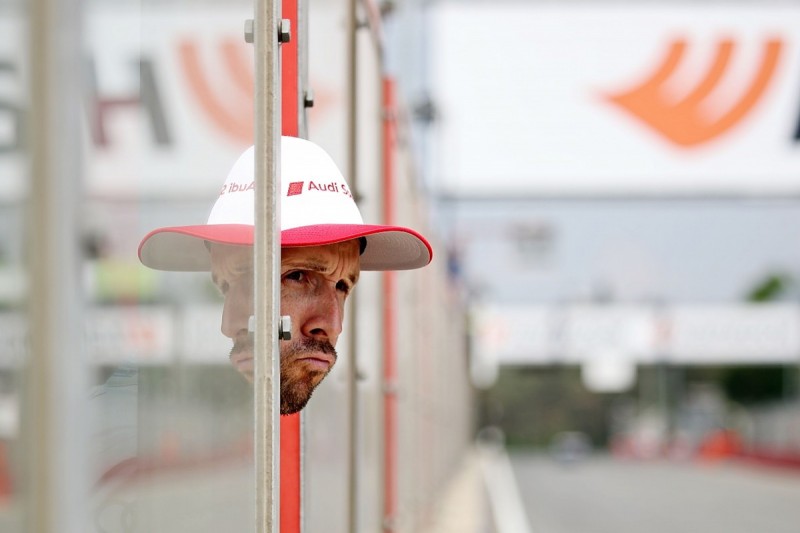 The Audi driver had been in contention to win he ran third behind Bruno Spengler and Marco Wittmann in an early breakaway in the first phase of the race.

After the safety car arrived, Rast slipped down the order on older tyres as he had not made his mandatory pitstop before the intervention.

Audi took the precaution of retiring Rast and told Autosport that the issue was related to the intercooler.

Mike Rockenfeller also suffered from a technical problem, due to a "performance modification" on his clutch not working as intended.

Audi switched to a different specification for the race and Rockenfeller went on to finish fifth using a two-stop strategy.