Augusto Farfus took his first DTM pole since 2015 in Sunday's second qualifying session at Zandvoort, as BMW drivers once again locked out the top three positions

Timo Glock's Saturday pole benchmark of 1m27.823s was beaten almost immediately, with Jamie Green briefly holding provisional pole on a 1m27.673s before being beaten by Farfus on a 1m27.475s.

At the halfway point, Farfus led an all BMW-top three ahead of Marco Wittmann and Maxime Martin, with Audi man Green the best of the rest in fourth.

With none of the top six improving their times on their second runs, it meant Farfus took his first DTM pole since Oschersleben in 2015, 0.141 seconds up on Wittmann and 0.167s ahead of Martin.

Behind fourth-placed Green, Glock set the fifth-fastest time before getting baulked by Mercedes driver Edoardo Mortara at Scheivlak, prompting Glock to label Mortara a "fucking idiot" over team radio.

The incident is under investigation by the stewards. 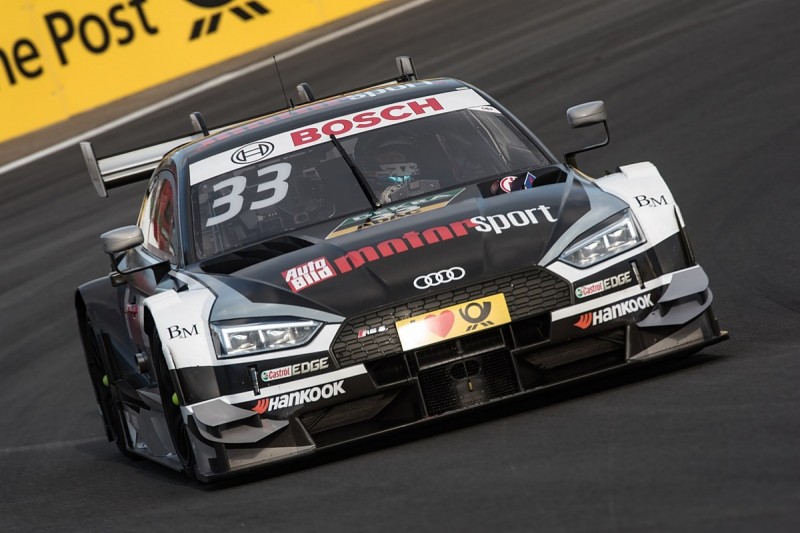 Points leader Rene Rast joins Glock on the third row, followed by the Audi of Mike Rockenfeller and the lead Mercedes of Gary Paffett in seventh and eighth.

Title contenders Mattias Ekstrom and Lucas Auer both had low-key sessions, ending up outside the top 10 in 12th and 13th respectively, both more than six tenths off the pace.

Paul di Resta failed to set a lap at all after experiencing technical problems, and will line up 18th and last, sharing the back row with Mercedes stablemate Mortara.

UPDATE: Paffett was sent to the back of the grid for using a tyre that had been allocated for use in practice but not qualifying, which means Maro Engel will now be the top Mercedes on the grid in ninth.

Mortara was also handed a five-place grid penalty, which he will serve at the next round at the Nurburgring.

Zandvoort DTM: Timo Glock sent to back of the grid for race two