DTM championship leader Sheldon van der Linde says an “unexpected” 1-2 finish ahead of his brother Kelvin at the Nurburgring was “the best day in my life”.

When a race delayed by lingering fog was eventually started, the Schuberth BMW driver capitalised on late contact between Felipe Fraga and Mirko Bortolotti that eliminated both drivers to claim a third victory of the season and move ahead of Bortolotti in the standings.

His brother Kelvin started 13th after the mist caused qualifying to be cancelled and championship positions were used to set the grid, then dropped to 20th at the end of a cautious first lap.

But the Abt Audi driver made gradual progress through a long first stint, before vaulting up the order after his lap 25 pitstop, securing a first podium of the season as the South African duo became the first brothers to ever finish first and second in a DTM race.

“I think probably one of the craziest races of my life, not only because of the end result but how it started,” Sheldon van der Linde said.

“I think all of us had a lot of boredom before the race, we waited for about six or seven hours for the race to get going, I didn’t think it would get started in the first place and here we are now somehow on the podium, first and second with my brother and Ricky [Feller] in third, honestly the best day in my life.

“I didn’t think this day would come so soon to be honest. It was always our goal to be on the podium together, we didn’t somehow bring it together last year.

“Today, when we least expected it with Kelvin P20 on the first lap at least, somehow I saw him in my rear-view mirror and I thought ‘where the hell did he come from?’

“I didn’t think it would come today and I think that’s what makes it so special, that it was so unexpected.” 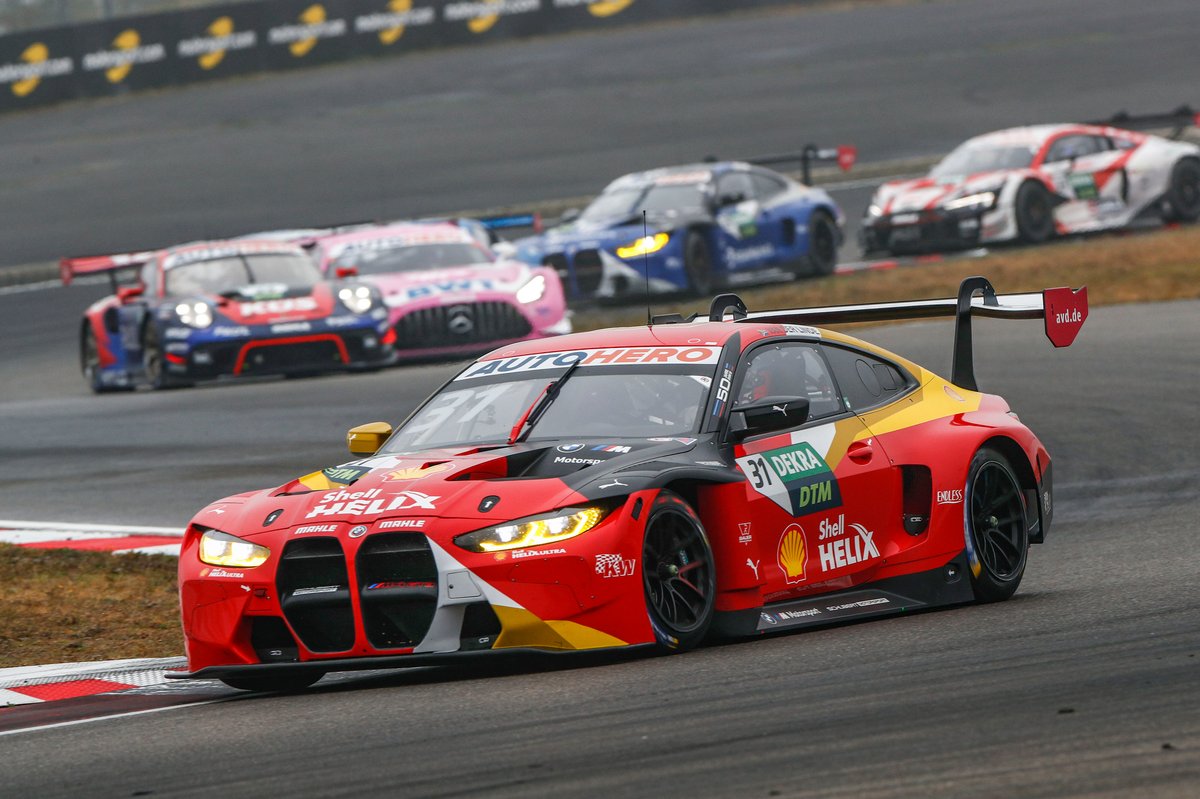 His elder brother Kelvin, who won four times last year to finish third in the standings, agreed it was a memory “I’m never going to forget”.

“That’s a little bit how life works – the days you least expect things to happen, everything happens at once,” he said after moving up to seventh in the standings.

“I stayed calm, kept the car clean, no damage on the car and just trusted my pace.

“I had a go at Sheldon but he was too quick today. But I really don’t care, first or second doesn’t matter in what order for me.

“To write history in such a prestigious championship, I think it’s probably a statistic that will stay for a long time. So I’m very proud of that.”

Reflecting on the race-deciding incident involving Fraga and Bortolotti, Sheldon van der Linde added that he at first couldn’t believe his eyes.

“I just remember seeing both of them spinning, it was almost like a dream,” he said.

“I wasn’t sure if what I was seeing was actually happening in front of me. I was like, ‘this can’t be happening right now’.

“Obviously Mirko was right in the middle of the track, so I had to kind of avoid him on the incident and I had to really slow down to 40 km/h, I was almost standing still to try and just get through.

“Every chance you get in life, you have to take and we were there at the right moment to capitalise.”