Mercedes announced last year it would leave the tin-top series at the end of 2018 to focus on a Formula E programme, which would leave only Audi and BMW as the DTM's remaining entrants.

Speaking at Autosport International, Green was optimistic that the DTM could survive without Mercedes - which alongside Audi had previously propped up the series before BMW's arrival in 2012 - but said he hoped a move to a unified DTM-Super GT rulebook would come off.

Super GT and DTM cars share a number of characteristics, but plans to introduce a common chassis framework, Class One, as well as an identical engine philosophy have previously been pushed back.

"It did do for a number of years," said Green, when asked about the DTM's chance of surviving with two manufacturers.

"When I first came into DTM we had one year with three manufacturers - Opel were still there (pictured below in 2005), then they stopped [and] we carried on for several years with just Audi and Mercedes. 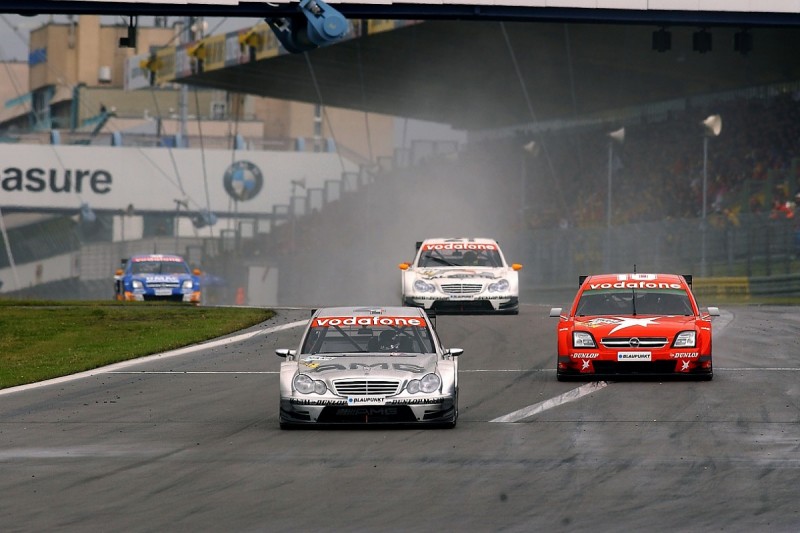 "So it could happen. But I think our main hope is the link to the Japanese Super GT series.

"There is a commitment there to basically have the same regulations. We need to have the same engine rules, which we currently don't have.

"Once that's [the engine rules] agreed, then we'll be building cars to the same rules and it becomes a lot more feasible to race together."

Green has contested 13 seasons in the DTM, racing first with Mercedes before switching to Audi in 2013, and until last year had not raced outside the series since joining.

He added he had finally decided to branch out from the DTM - he contested three Blancpain GT races as well as an ADAC GT Masters event in 2017 - after establishing himself at Audi.

"I was always a bit one-dimensional," said Green. "[I've done] 13 years of DTM, and for the first 12 I never did one race in any other category.

"At Mercedes it wasn't encouraged, I wasn't allowed. My other work was related to the Mercedes F1 side, whether it was with McLaren or Mercedes GP. I did some work there.

"But with Audi they're much more flexible.

"I could have been racing GTs from the beginning five years ago when I joined Audi but it was my choice to get myself established within Audi as a competitive DTM driver and won several races.

"When I was offered the opportunity last year to do three Blancpain GT races and one of those was Spa 24 Hours, I thought it was the right time to give it a go."