Mercedes will quit the DTM at the end of 2018 to move into Formula E.

Wickens was a Mercedes DTM driver between 2012 and '17, but switched to IndyCar with Schmidt Peterson Motorsports following Mercedes' DTM exit announcement.

The 29-year-old has impressed in IndyCar, taking pole and nearly winning on his debut in St Petersburg and earning two podium finishes since.

Fritz called Wickens' performance "a strong showcase for the strength and the quality of DTM" as his former Mercedes team-mates consider their futures, and said DTM returnee Pascal Wehrlein had provided the same during his Formula 1 stint.

"In general Wickens doing so well in IndyCar shows the potential of our drivers," Fritz said.

"OK, it didn't turn out in the end on a long-term basis, but at least he showed good performance and shows what DTM drivers, and I mean all of the DTM drivers, are capable of doing."

Wickens' former Mercedes DTM team-mate Gary Paffett admitted he did not expect the Canadian to start so strongly in IndyCar.

"It surprises me that it's been so good so quickly," said Paffett, who believes his 15th DTM season this year is "quite possibly" his last one given Mercedes' impending exit.

"I'm not surprised that he has been successful because he is very talented, as he showed in DTM. 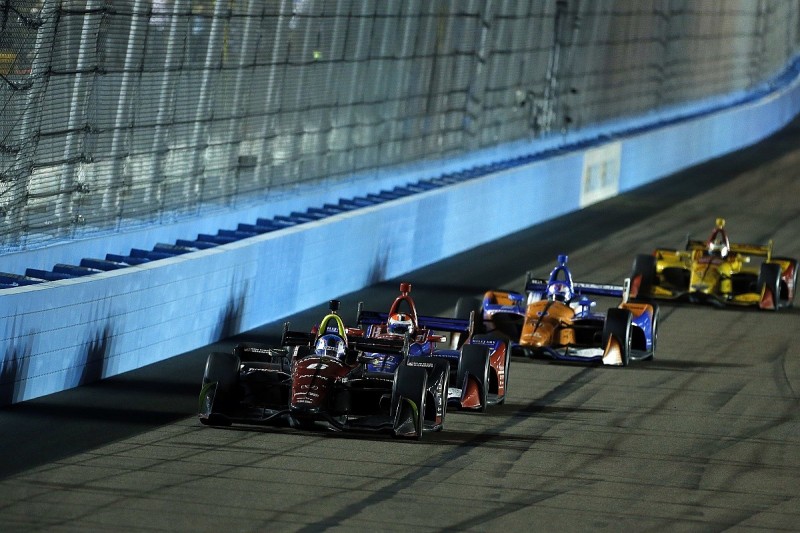 "He has obviously made the transition to IndyCar very well and I hope that he can continue racing in the front.

"Hopefully he is telling everybody how good the rest of us are."

Fritz hopes he can find a place for all six of his current DTM drivers in other championships within Mercedes' ranks, but admitted there were no certainties.

"I would say yes, but I can't guarantee," he said.

"I don't even know if everybody wants to stay with us. That is a question that has multiple aspects."

There are also customer-run Mercedes programmes in series such as Blancpain GT, the IMSA SportsCar Championship and Super GT.

"There is not only Formula E, there is customer racing programmes and whatever," added Fritz.

"And maybe there are guys like Wickens who just want to join other series, we have to look at that."

DTM Norisring: Mortara takes pole for race one by 0.001s