Penalties promoted Rast to third on the grid, but he plummeted down the order after stalling and ended the first lap 13th.

He was 10th when he pitted at the end of lap three just before the safety car was deployed - to allow Pietro Fittipaldi's WRT Audi to be recovered - and rejoined in that position, which handed him a net lead as the nine cars ahead of him were yet to stop.

Rast assumed the lead when Nico Muller stopped at the end of lap 30 of 69 and eventually beat the polesitter by 34.498 seconds - the largest margin of victory any driver has recorded in a DTM race at the Norisring.

"It's surprising I have to say because before the first corner I was last, I thought the race was over," said Rast, when asked by Autosport about his turnaround.

"I didn't expect to recover like that, so [I'm] very happy obviously."

Asked to explain his start, Rast said: "I had too little throttle application, and then I had too aggressive [a] clutch release so a combination of both of them [meant] the car stalled."

It was the third poor start Rast has made this season, after slow getaways in the second races at both the second round of the season at Zolder and at Misano last month.

Muller, who reclaimed second by passing BMW driver Joel Eriksson at the final corner on the last lap, said he initially thought the intervention of the safety car would make it difficult for him to get back into the points. 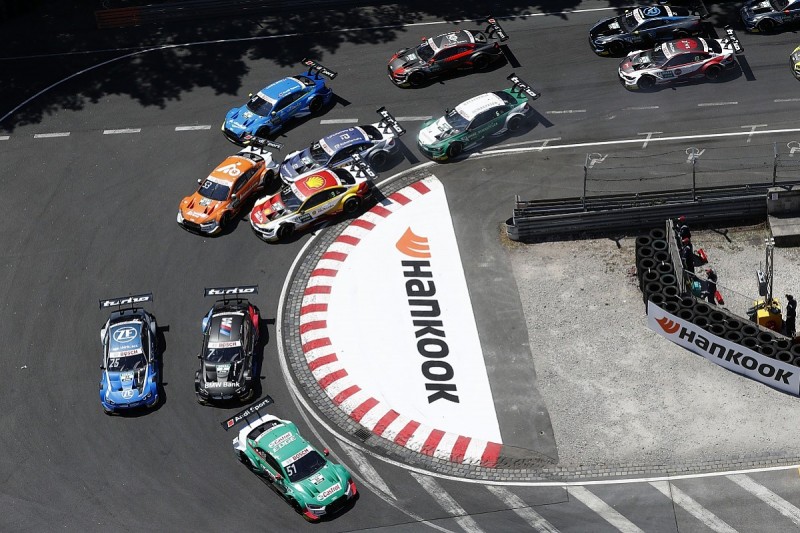 "To start from pole was very satisfying; it's been a long time [since] I've had a free view into Turn 1 and especially at Norisring, that's a good thing to have because from row three probably it can get really tight into Turn 1," said Muller.

"I made the most out of it, luckily the start was very good and the car felt very, very good straight away in the first three or four laps and I managed to pull away.

"But when I saw Pietro's car standing on the side I was worried from the beginning that the safety car would be called out on track which happened.

"At the same time I could see how many cars had pitted already - I could see them pulling out of the pits and I thought, 'Oh, it's going to be tough to even score points today'.

"Luckily, the team made the right call [to run longer] out of a pretty shit situation."