Subscribe
Previous / Autosport 2022 Top 50: #48 Lucas Auer Next / The plug in and play stand-ins who got their timing just right
DTM News

Red Bull has opted against entering a team in the DTM next season following the championship’s takeover by the ADAC, Autosport's sister title Motorsport-Total.com has revealed.

A decision has been taken at the Red Bull headquarters in Austria to pull the plug on its DTM programme in 2023, ending the energy drink giant’s involvement as a team owner after just two seasons.

Red Bull had previously green-lit plans to continue in the DTM that would have seen AF Corse enter two examples of the new Ferrari 296 GT3 in 2023.

But the DTM ended up undergoing a surprise ownership change over the winter with Gerhard Berger selling the promotional rights to German automobile club ADAC, prompting a change of heart at Red Bull.

The decision to cancel the project doesn’t come as a complete surprise as Berger, who was central to Red Bull's DTM return in 2021, will have no role in the management of the DTM from next year.

Berger has enjoyed a long relationship with Red Bull spanning several decades and was in fact the first athlete to be sponsored by the brand back in 1989. He was also co-owner of what was then known as Toro Rosso Formula 1 team from 2006-08.

The Austrian even hinted in a recent interview that his departure from ownership and management of the DTM could spell the end of Red Bull’s foray in the DTM.

"Red Bull is very much linked to me as a person via the almost 40-year partnership," Berger said. "Therefore, that may well be the case. That decision is now up to Red Bull." 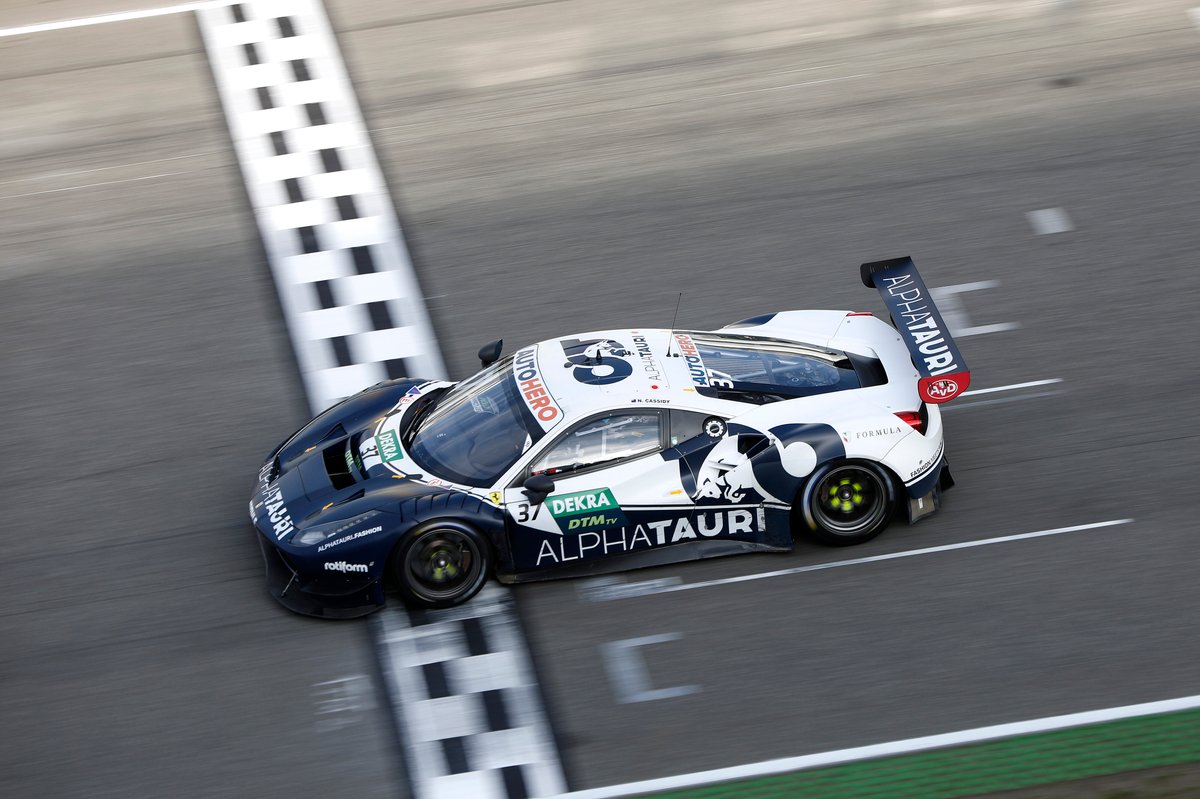 Red Bull’s exit means AF Corse will also not be continuing in the DTM next year as the project was financed by the energy drinks maker, which also supplied with the drivers.

Both Nick Cassidy and Felipe Fraga are also unlikely to return to the DTM for a second season.

Cassidy already has a firm contract with Envision in Formula E and has also been linked with a Bathurst enduro drive with Supercars powerhouse Triple Eight Race Engineering. A return to the World Endurance Championship in the GTE AM ranks with the same AF Corse squad can also not be ruled out.

"I would love to race in DTM if it was possible," the Kiwi told broadcaster ran.de. "I had a great time there and built some strength. But I don't think it will be possible next year."

Fraga, on the other hand, will return to Brazil's stock car series with the Blue Stock squad with the aim of adding to the title he won in 2016.

Fraga had been hoping to land a seat in the IMSA SportsCar Championship and even tested for the title-winning Meyer Shank Racing squad in the last few months, but the seat in the team’s Acura ARX-06 alongside Tom Blomqvist eventually went to Colin Braun.