Rene Rast believes Audi stablemate Kelvin van der Linde will be the driver to beat when he returns to the DTM after a year's absence in 2022.

Van der Linde scored more wins (four) and pole positions (five) than any other driver in his rookie season in the DTM and led the championship at the halfway point of the year, but ultimately finished third in the standings after a controversial finale in which he collided with Red Bull protege Liam Lawson.

Three-time champion Rast is poised to partner the South African at Abt Sportsline next year, taking the seat vacated by 2013 champion Mike Rockenfeller after spending the current season away from the DTM in Formula E.

And with the German driver expected to face a steep learning curve in the second year of the DTM’s new GT3 formula, he doesn't expect himself to be in the title hunt, instead naming van der Linde as the new benchmark of the series.

"Next year I'll be back on the grid for Audi Sport because I thought to myself, 'now you try again to stand up to the boys’, even though it will be extremely difficult, because of course [Class One and GT3] are completely different cars," Rast told Sport1 Motor & Sport Magazin.

"The guys driving up front all have a lot of experience on the cars and we have seen guys like Lucas di Grassi, Mike Rockenfeller or Nico Muller, who don't know the cars that well, might find it a bit more difficult. So my chances next year are not quite as great as some people might think.

“I'll be very happy if I'm anywhere near the level Kelvin is at. He is certainly the benchmark in the GT3 car. You saw that very clearly this year when you look at where he was and where the second best Audi [Rockenfeller] was in the championship.

"From that point of view, I'm going to have to work really hard to get anywhere near there." 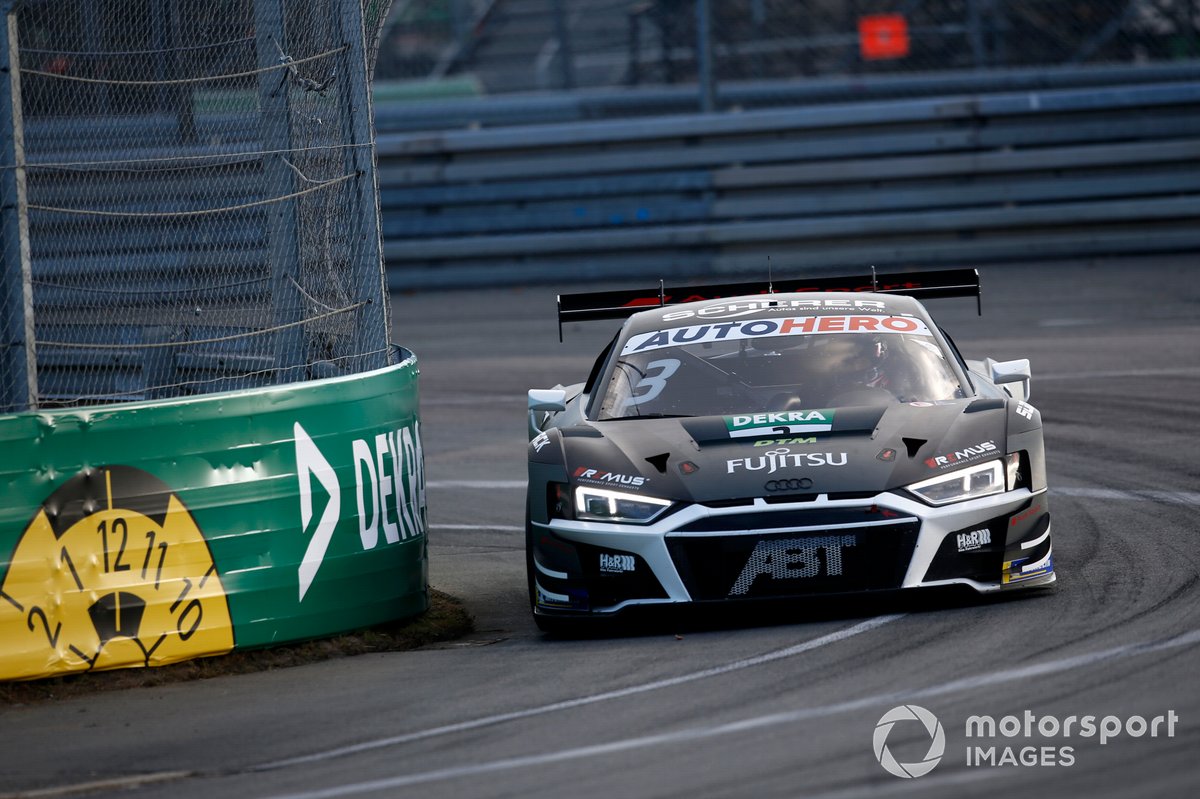 Rast and van der Linde together won the GT Masters title with Audi in 2014, which immediately led to the South African earning a factory contract with the German manufacturer.

Van der Linde went on to win a second title in GT Masters and also has an outright victory at the Nurburgring 24 Hours on his CV.

Rast says he would be happy to help the 25-year-old with his title bid next year, as the three-time champion feels victories are the best he could hope for on his return to the DTM.

"Driving against each other is new for us and certainly not easy to handle,” he said.

"Nevertheless, I think I really have a lot of experience in motorsport by now and can differentiate quite well when I have to be, and can maybe even support him in one or the other situation in the championship fight.

"I would be happy if I could compete for victories. Of course, it always depends on the tracks, which car is competitive on which track at the moment. We have seen that this year. Every now and then there are tracks that suit one car more than the other. You have to take that into account next year.”

It is unclear if Rast will remain in the DTM for more than one season as he has been contracted by Audi to lead its return to Le Mans 24 Hours with an LMDh car in 2023.

Rast’s former DTM title rival Muller will also be part of the programme that will include a full season in the FIA World Endurance Championship, while van der Linde is also in contention to drive the successor to the Audi R18.