Porsche will make an overdue debut in the DTM at the Nurburgring this weekend, with SSR Performance fielding a 911 GT3 R for reigning ADAC GT Masters champion Michael Ammermuller.

While the DTM’s switch to GT3 machinery in 2021 helped bring back Audi, Mercedes and BMW to the championship, Porsche was the most obvious German manufacturer missing from this year's grid.

However, that will change at the fourth round of the season on 20-22 August, with the Munich-based SSR Performance team making a guest appearance with the latest iteration of the 911.

The Manthey-supported outfit stunned the field in GT Masters last year, winning both the teams and drivers’ title in its debut season with Ammermuller and works Porsche driver Mathieu Jaminet.

Ammermuller, a three-time Porsche Supercup champion and a race winner in the GP2 series, will now make his DTM debut at the age of 35.

The German driver was briefly a part of Red Bull’s Formula 1 junior team, but a broken wrist sustained in 2007 led to him being eventually ousted from the programme.

“I am very happy by the fact that SSR Performance has selected me as the driver for the DTM guest participation. It will be my first race weekend in this series which surely will be a huge challenge,” Ammermuller said.

“A perfect preparation wasn’t possible due to the limited time, regulations are different. That will definitely make it exciting and interesting. I will be highly motivated for my participation at the Nurburgring.”

Team owner Stefan Schlund attended the Lausitzring round of the DTM last month and is keen to take advantage of the increased media attention the series enjoys over GT Masters.

“I have very good memories of the DTM, in which I have been actively involved for many years,” said Schlund.

"Now, we are hoping for a super exciting race weekend with our young SSR Performance team. In particular, we hope to be able to make a contribution for the region as well with the first race event after the severe weather disaster.”

With the addition of SSR Performance, the DTM is expecting a bumper grid of 23 cars at the former German Grand Prix venue. 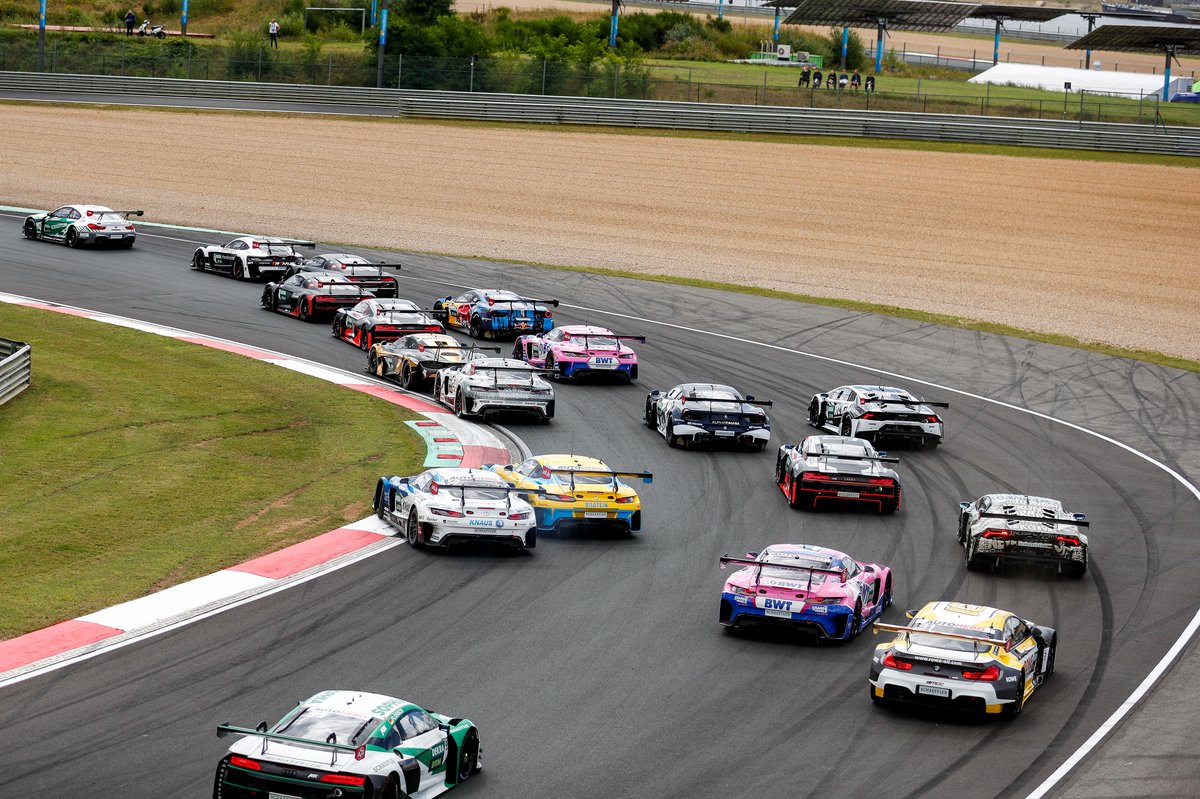 This includes the 19 full-season entries, plus the JP Motorsport McLaren of Christian Klien, the HRT Mercedes of team owner Hubert Haupt and another one-off Mercedes-AMG GT3 entered by Toksport for Luca Stolz.

In all, a total of seven manufacturers will be represented at the Nurburgring, with the four big German marques Porsche, Audi, BMW, Mercedes joined by Lamborghini, McLaren and Ferrari.

This isn't the first time a Porsche team has made an attempt to enter the DTM this year, with Speed Monkeys keen on a full-season entry at the start of the campaign. However, its plans were thwarted by the unavailability of a used Porsche 911 GT3 R at a competitive price.

Mercedes driver Maro Engel shined in treacherous wet conditions at the Red Bull Ring to claim his maiden pole position in the DTM, as three of the four championship contenders failed to book a spot inside the top 10.