The DTM travels to Nurburgring on 20-22 August for the fourth round of the 2021 season. Find out where to watch it and how.

This weekend will mark Porsche's debut in the DTM, with SSR Performance fielding the latest iteration of 911 GT3 R for reigning ADAC GT champion Michael Ammermuller.

For all its history in motorsport, including a record 19 wins at the Le Mans 24 Hours, Porsche has never had any presence in its homegrown championship.

Its long overdue entry means the DTM will finally realise its dream of pitting Germany's four biggest manufacturers against each other, with Mercedes, Audi and BMW already running factory-supported teams in the series.

SSR Performance and Ammermuller aren't the only additions to the Nurburgring DTM grid. Christian Klien will return behind the wheel of a JP Motorsport McLaren 720S after making his debut at Zolder, while two additional Mercedes AMG GT3s will take to the grid thanks to new entries for Hubert Haupt (HRT) and Luca Stolz (Toksport).

In all, there will be 23 cars on the grid this weekend, the highest seen in the DTM in five years.

The Nurburgring DTM round runs across three days, starting with two 45-minute practice sessions on Friday.

The same Saturday format will be repeated the next day, albeit with qualifying starting slightly earlier at 9:15am BST.

BT Sport is the official broadcaster for the DTM in the UK.

Saturday's race will be shown live on BT Sport 2, with coverage starting at 12:15pm.

BT Sport 3 will carry live coverage of the second race of the weekend.

How many laps are the Nurburgring DTM races?

Both Nurburgring races will run to a duration of 55 minutes plus one lap, with the DTM maintaining the same format as used last year.

Will there be fans at Nurburgring?

Yes, a limited number of fans will be allowed at the Nurburgring. To purchase tickets, click here. 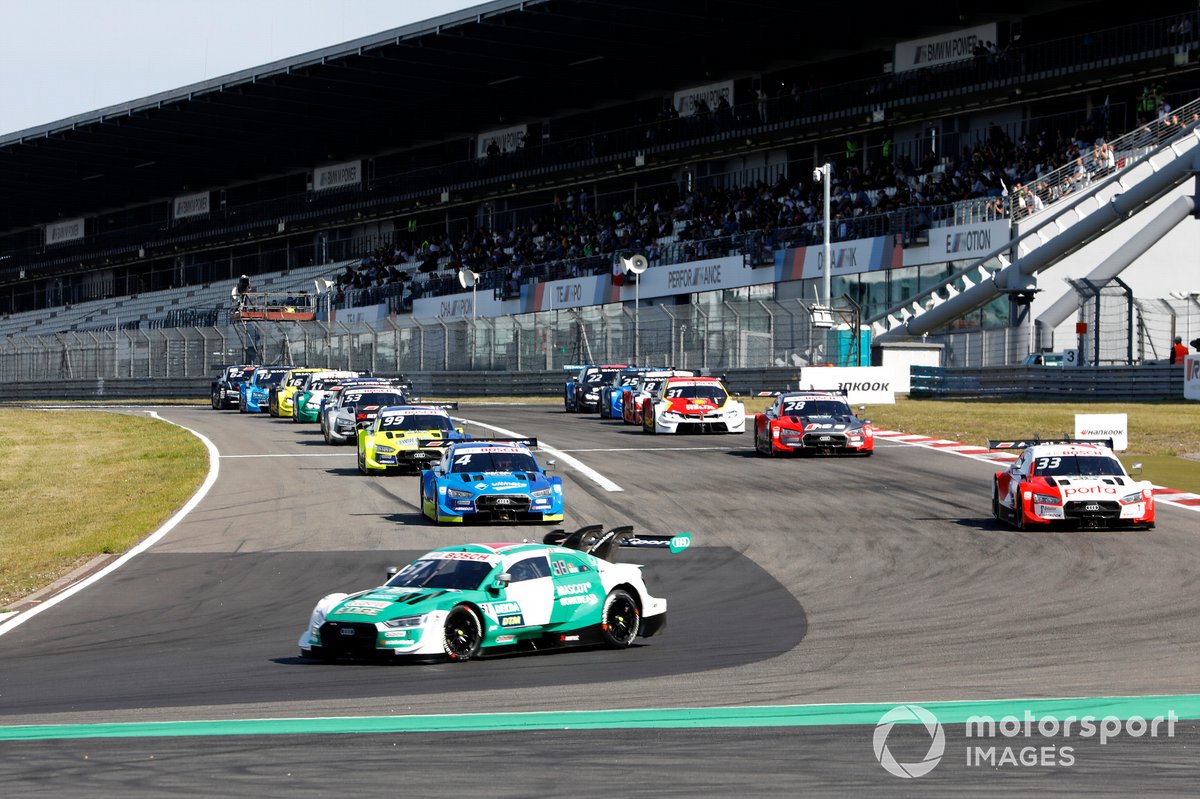