Two-time DTM champion Gary Paffett will return to the series this year as part of an expanded seven-car line-up of Mercedes factory-supported teams in the revamped GT3-based series.

As reported by Autosport last month, Paffett will reunite with the manufacturer with which he scored titles in 2005 and 2018, as well as 23 race wins and 48 podiums in a 15-year stint between 2003-18.

The British driver will race for the Mucke Motorsport team, which is entering the DTM this year with a single Mercedes-AMG GT3 following the series’ decision to scrap Class One regulations.

He is the second DTM champion to be named on the 2021 grid after 2013 title winner Mike Rockenfeller, who joins Abt’s three-car Audi R8 LMS effort.

A total of five teams and seven cars from Mercedes’ stable will participate in the DTM this year, the highest of any manufacturer confirmed so far.

Daniel Juncadella, who returns to the Mercedes DTM fold this year after racing for the R-Motorsport Aston Martin outfit in 2019, will drive for the one-car GruppeM outfit.

The entire Mercedes DTM stable will head to Hockenheim on Wednesday for the series’ first official pre-season test with GT3 machinery. 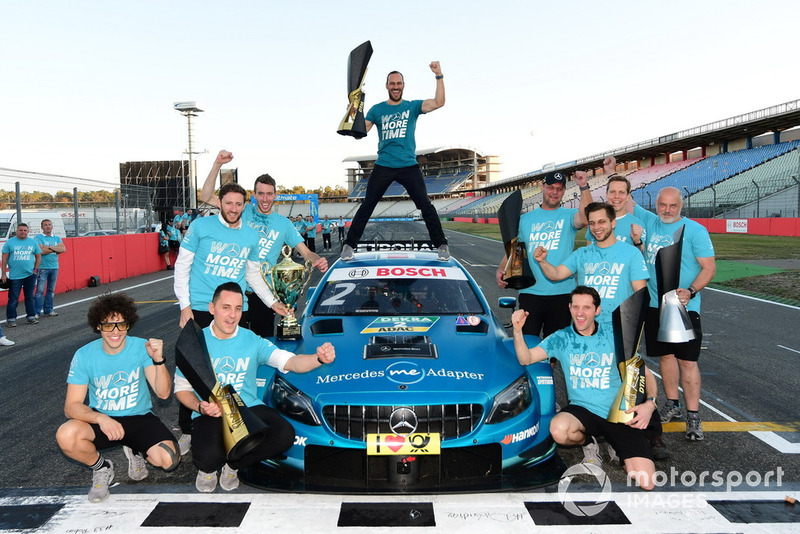 “We are all very much looking forward to the new DTM season and Mercedes-AMG’s return to the race series,” Stefan Wendl, head of Mercedes-AMG Customer Racing said.

“Since becoming involved over 30 years ago, Mercedes-AMG has been able to celebrate countless achievements in DTM that always had strong teams and drivers.

“These include many unforgettable moments, from the maiden DTM title win in 1992 and the numerous records of our current brand ambassador Bernd Schneider up to the highly emotional triple title win in our farewell season 2018. I am convinced that, together with our teams and the high-quality driver line-up, we will be successful this year, too.

“We are already very curious to find out what the next chapter of Mercedes-AMG’s success story in DTM will look like and we wish all the teams and drivers a good start.”