Muller has been racing for the Abt team in the DTM since 2016, becoming three-time champion Rene Rast's primary title rival in recent years and helping Abt to lift the teams' title last season.

The German driver was expected to remain with the squad for the DTM's switch to GT3 cars this year, but it has now been announced that he would return to the Rosberg squad he raced for in his first two years in the series in 2014-15.

The 29-year-old will combine his DTM commitments with a second campaign in Formula E with Dragon/Penske Autosport which began last weekend with the Diriyah E-Prix.

At least two clashes are expected between Formula E and the DTM in the latter half of the season and it's unclear which series will be prioritised by Muller.

Team Rosberg will continue its partnership with Audi despite the end of their factory partnership, fielding a pair of R8 LMS GT3s on the grid this season for Muller and Gore.

"I am very happy to return to Team Rosberg and be back in the DTM in 2021," Muller said.

"Going on a title hunt with an Audi R8 LMS at the start of the new era with adapted technical regulations motivates me a lot. Go on." 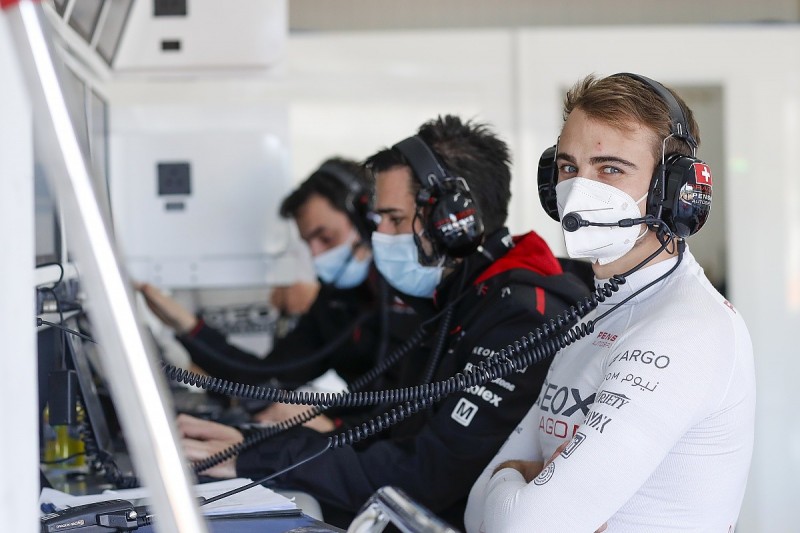 Muller will be joined at Rosberg by 23-year-old Gore, who has experience of both single-seaters and GT3 cars courtesy of his participation in Euroformula Open and Blancpain GT Series Endurance Cup (now GT World Challenge Europe) in recent years.

He will become only the second American driver ever to race in the DTM after Le Mans class winner Joey Hand's three-year stint with BMW between 2012-14.

Kimmo Liimatainen, Managing Director of Team Rosberg said: "Behind us are exhausting weeks and months in which we have driven our realignment as a team.

"Now we can finally say that we are starting the upcoming season with the best conditions. With the Audi R8 LMS GT3, we rely on one of the most successful vehicles in the GT3 class and it is right and proper that we will continue to be connected to Audi Sport in customer sport after the incredible successes of recent years.

"When I was able to inform our team in the last few days that Nico Müller was returning to us, it was a very special moment and the joy was enormous. This underlines once again our ambitions to fight for the title with a strong team.

"Dev Gore is a young, hungry driver who has proven his quality in international Formula Series, but also in the GT3 class."