Dutchman Knoors was the head of Ferrari's F1 customer engine programme when Vettel took his maiden grand prix win using one of the Italian manufacturer's powerplants at a wet Monza five years ago.

But he left F1 to set up the MTEK squad late last year; his drivers Marco Wittmann and Timo Glock finishing second and third in Austria in what was only the team's third race since its creation.

"It was an amazing feeling to win with Vettel and the Toro Rosso, an Italian team with an Italian engine winning the Italian Grand Prix," Knoors told AUTOSPORT.

"But this is even better. You can't really compare the feeling. In F1 I was part of a big machine, but with MTEK I'm the team principal; I'm involved in everything.

"It's a totally different feeling. This team started from scratch only five months ago and we've had to recruit about 30 members of staff, all with varying levels of experience from DTM, F1, World Series by Renault...

"Every screwdriver, every ratchet has had to be bought and paid for. Every single item we use. It's been a huge task to do this in such a short timeframe, but this result makes the hard work worth it."

MTEK THRILLED WITH GLOCK AND WITTMANN

Knoors paid tribute to series rookies Wittmann, who spent last year as BMW's DTM test driver, and Glock, who moved from the Marussia F1 team in January, after both scored their maiden DTM podiums. 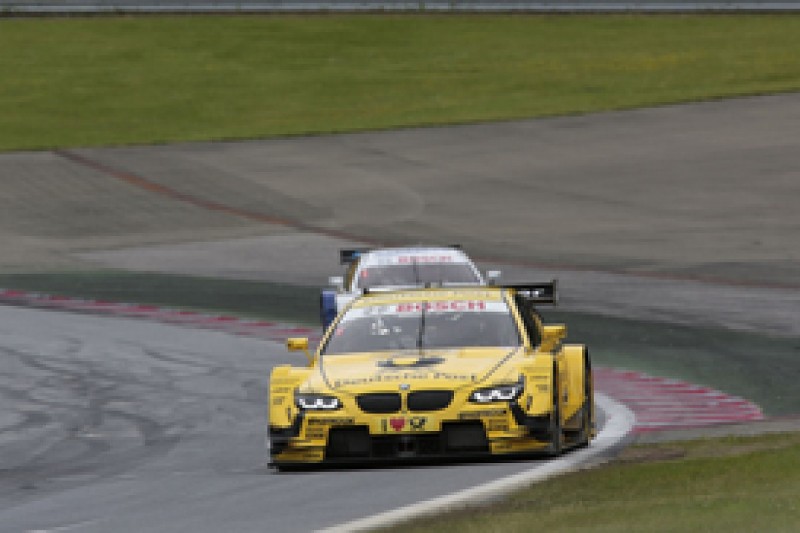 "I had no doubts about running either of them because they're both big talents; Marco at the start of his professional career and Timo in a new chapter in his.

"They are both massively motivated to do a good job here, as are the rest of the team, and that motivation goes a very long way.

"In fact, I probably had more doubts about our team and our ability to put together a strong platform early on, than I did about the drivers.

"I'm not going to assume that we'll be able to repeat this result many times because the DTM is too competitive for that. But if we work hard and keep operating at this level then anything is possible."