Mercedes wants the DTM to introduce open exhaust systems in the series this year to boost the sound made by the cars.

The Stuttgart-based manufacturer first built an open exhaust for the IMSA WeatherTech SportsCar Championship several years ago and even sold five GT3 cars equipped with the device in 2017 to celebrate the 50th anniversary of its AMG subsidiary.

More recently, HWA ran a Mercedes-AMG GT3 with an open exhaust during a demo run at last year’s DTM season finale at Hockenheim, where it was joined on track by several other standard GT3 cars.

Mercedes customer racing boss Thomas Jager is hopeful that the open exhaust system will become standard in the DTM when its new GT3 era will kick off at Monza in June.

"When the cars were running [at Hockenheim] everyone said, 'We'd like to hear that sound',” Jager told Autosport’s sister title Motorsport-Total.com.

"This sound is mega and for the spectators, it suggests speed. When the cars are quiet, they don't seem as spectacular as with an open pipe."

For Mercedes’ plan to come to fruition, it would require the approval of other manufacturers as well as the FIA, as open exhausts do not comply with the governing body's GT3 homologation.

There are costs associated with designing and building an open exhaust, too, as other manufacturers do not have a ready-to-use system like Mercedes. 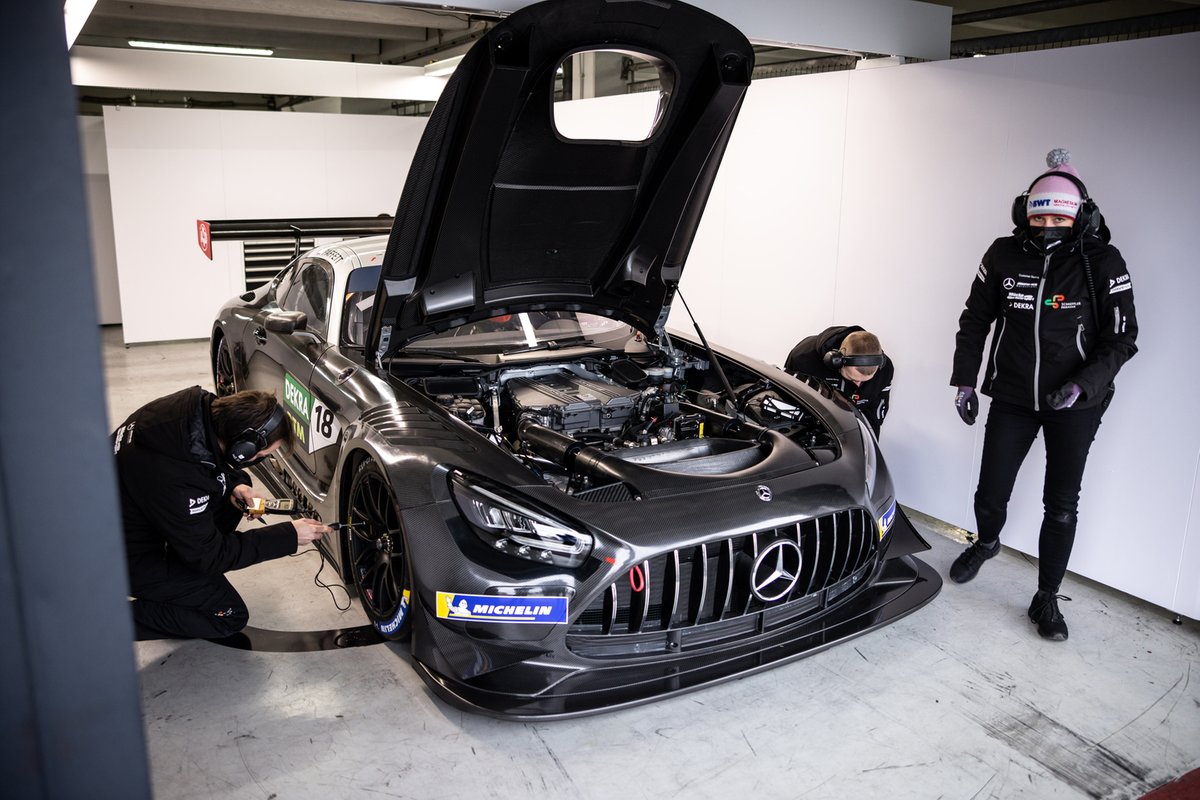 Jager doesn’t see it as a major obstacle, but admits other manufacturers may not have sufficient time to have an open exhaust in place by the season opener at Monza.

The ITR is understood to be in support of open exhausts, but its introduction is yet to be agreed to with other marques.

"Certain silencers are simply not used - instead, it is a smooth pipe,” Jager explained. “So the effort should be manageable.

"If we had discussed it in the manufacturers' round three weeks ago, the window would have been even wider open. It just takes a bit of time to manufacture the parts. But there is still a chance."

Jager doesn’t feel running an open exhaust system would be an extra hassle for teams that plan to use the same car in other championships, saying it would just take two hours to replace it with a more conventional exhaust.

"You remove the sills, then you remove the pipes from the manifold and install that,” he explained. “This is available as a conversion kit and is really easy. So theoretically you can even say, ‘Today I'll drive quietly at the test and tomorrow I'll drive loudly at the race weekend’."