After contesting the final four rounds of last year's DTM for Mercedes, the 25-year-old Swede was not one of the six drivers announced on Thursday morning for the Stuttgart manufacturer's 2017 programme.

Mercedes DTM chief Ulrich Fritz said: "Felix impressed us very much last year and we would have loved to work with him again in the DTM this season.

"Given his successful first couple of races in Formula E, however, and the fact he could well end up being a championship contender, we have decided together that it doesn't make sense to race in both series this year.

"We will continue to follow Felix closely and wish him all the best."

Rosenqvist, who scored a pole position for Mahindra in his second Formula E event in Marrakech last November, said: "We decided together that it didn't make sense at this stage in my career to race in both Formula E and DTM as it could compromise the momentum I have gained in Formula E as a frontrunner. 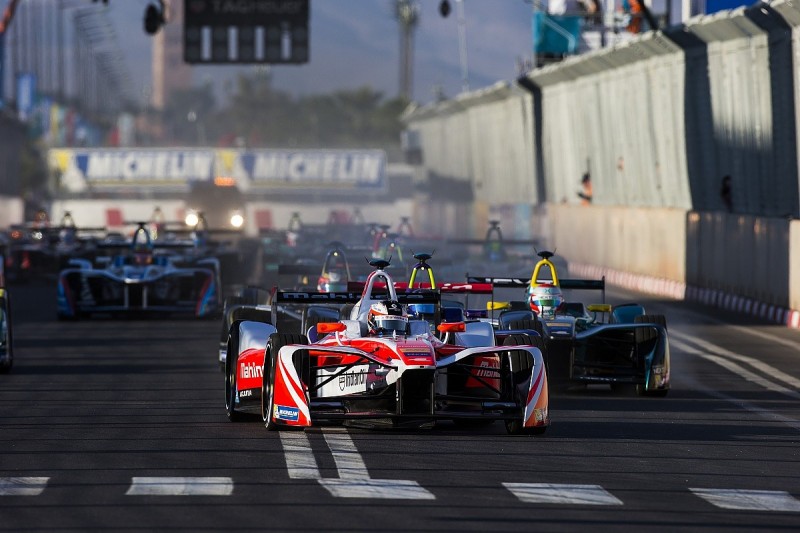 "There are two clashes between the series, and focusing on the one aim is what I'm going to do.

"Mercedes have told me how impressed they were with me last year in DTM and that they would love to work with me in the future.

"DTM is something I loved every second of, and I learned a lot about how to deal with the pressure that comes with representing a top-line manufacturer."

Rosenqvist, through his manager Stefan Johansson, is believed to also be looking at potential options for occasional GT and LMP2 races in 2017.

He was a race winner last season in the Blancpain GT Series with the ASP Mercedes team, and also finished second in the Spa 24 Hours.

"It's too early to talk about anything else," he added.

"My main focus is on Formula E, but if I can do something between races I'm also happy to do so."

Rosenqvist is set to continue his work with Prema Powerteam in the Formula 3 European Championship in the same driver-development role he has occupied over the past two seasons.