Mercedes has poached one of the DTM's best in Mortara - Wickens

Mortara agreed to join Mercedes for 2017 before this year's season concluded, but the deal was not announced until after the season finale to allow him to focus on trying to win the championship with Audi.

While the 29-year-old missed out on the crown by four points to BMW's Marco Wittmann, Wickens believes Mortara will always be a title threat.

"He is a great addition to our squad - everyone knows what a good driver he is," said Wickens, who finished 2016 as Mercedes' highest-placed driver in fourth.

"Before the start of every season we always have to complete a questionnaire on who we think the main title contenders will be.

"We have to pick a driver from each manufacturer, and for the past three years, I've been putting a tick next to Edoardo for Audi.

"He is one of the best drivers in the DTM and I'm sure he will take our team forward."

Wickens spent a part-season as team-mate to Mortara with Signature in the 2008 F3 Euro Series (pictured), which gave him an insight into what to expect. 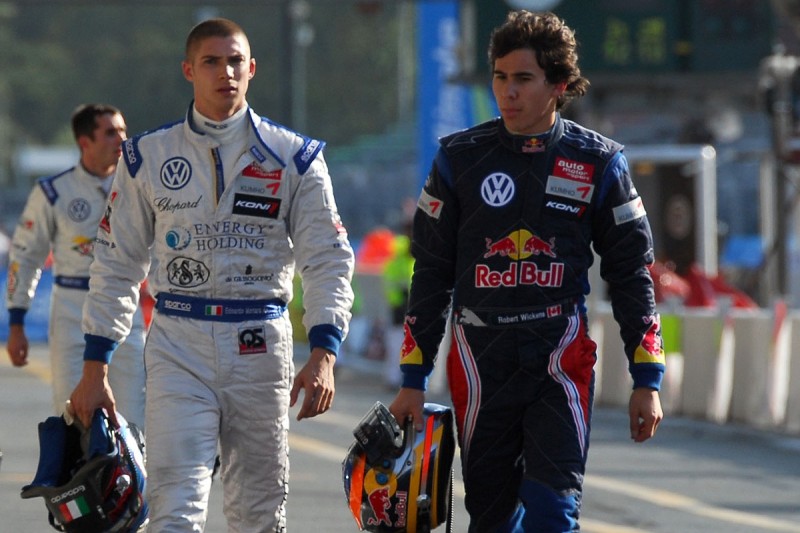 "Not many people know that Edo and I were team-mates during the half-season I spent in Formula 3 back in 2008," he said.

"At that time, I got to know him as a very down to earth person and a real team player.

"I know from our time together how fast he is, so I'm looking forward to working with him again."

Wickens has been involved in the latest round of 2017 development testing at the Algarve circuit this week, and he excited by the additional work teams are carrying out this winter compared to recent years.

"I love it when we get to develop a car, and the new regulations for 2017 give us a lot of possibilities," he said.

"It's quite hard work, but at the same time very exciting.

"The car feels good considering we are still in the early phase of development.

"There are another six months until it is homologated, and that fills me with confidence."

Wickens' team-mate Gary Paffett added that he was impressed by the performance of the new car this week.

"Loads of work to do but very excited about next year.

"Changes to downforce level, more power, different tyres, lots of new stuff to play with and all heading in a good direction."

Why BMW's new hero does not need F1