Timo Glock took his maiden DTM victory in a sensational season finale held on a wet, but drying track at Hockenheim 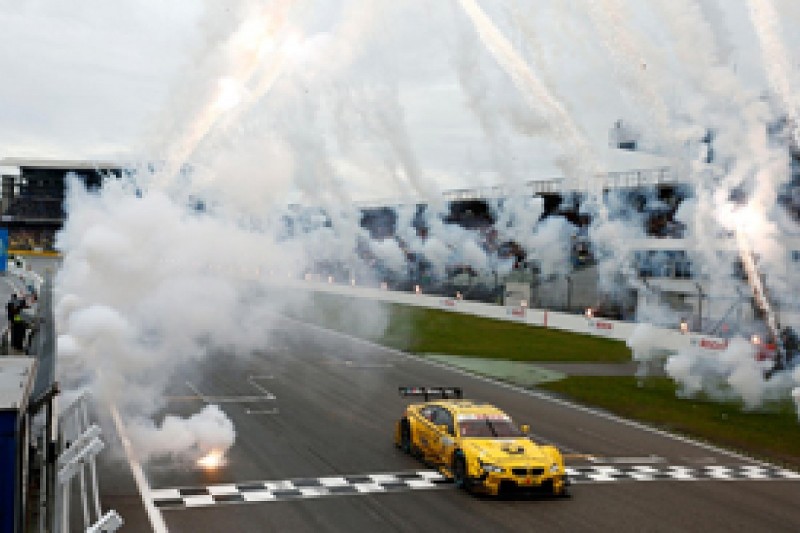 The MTEK BMW driver started fourth, but suffered a poor getaway and made contact with fellow BMW driver Augusto Farfus that sent the Brazilian spinning on the opening lap.

Glock then flew during the opening stages of the race, passing fellow BMW men Dirk Werner and Andy Priaulx to run second, behind Bruno Spengler by the time the Canadian made his first pitstop. Glock made his first stop just nine laps before the finish, but emerged second, behind the flying Mercedes of Roberto Merhi.

Merhi had started from the back row of the grid, and served an early drivethrough penalty for jumping the start, but was the fastest man during the first half of the race in his HWA Mercedes.

The Spaniard made it up to fourth by the time most drivers had stopped for the first time, but found himself in second when, just ahead of him, Daniel Juncadella spun Mattias Ekstrom at the Spitzkehre.

While Juncadella was given a drivethrough for his indiscretion, Merhi nipped past both. But on his second set of wet tyres, Merhi struggled for grip, ceding the lead back to Glock with six laps to go at the Spitzkehre, and after dropping six seconds inside just a handful of laps, dived back into the pits for his final stop. 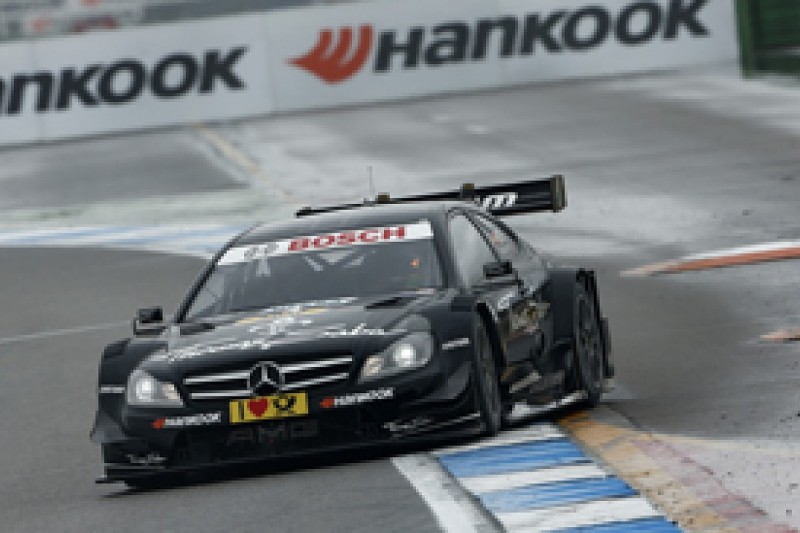 Merhi matched Glock's pace over the final few laps, coming home second for what is his best DTM result.

Spengler completed the podium with Ekstrom fourth in his Abt Audi and Miguel Molina fifth - a result that gave Phoenix Racing the teams' championship.

Andy Priaulx was a fine sixth in his RMG BMW, the Briton having run as high as second when the track was at its wettest early on.

In a race in which the order barely stayed static for even a lap, Christian Vietoris was a spot further back in his HWA Mercedes.

Filipe Albuquerque retired on the opening lap after contact with Robert Wickens, and the Canadian was later given a five-second stop/go penalty for an unsafe release that resulted in him nearly colliding with Joey Hand in the pitlane.