Two-time DTM champion Ekstrom called an end on his 17-year spell in the series over the winter, as a result of increased Audi backing of his WRX team and a desire to spend more time with his family rather than balance two series.

Ekstrom, who is Audi's most successful DTM driver, then decided to compete in a farewell weekend at Hockenheim.

His best result at Hockenheim was 16th, having not tested and with Audi stretched to run a seventh car.

But Green says he was surprised to hear Ekstrom's decision to leave the DTM over the winter.

"It's a bit strange," Green told Autosport. "When I heard that he was stopping over the winter time I was surprised because I would have thought he would have said something last year [if he was quitting].

"I think he was so focused on last season and when it was over - obviously he was gunning for the championship last year and didn't get it, so he was probably focused on that - and decided it was the right time to stop.

"It was a surprise I didn't see coming at the time. The fact he's here racing even though he's stopped [full-time] is also a bit unusual.

"But on a personal note, Mattias is a really likeable character and I think you either love him or you hate him, but I think most people actually like him." 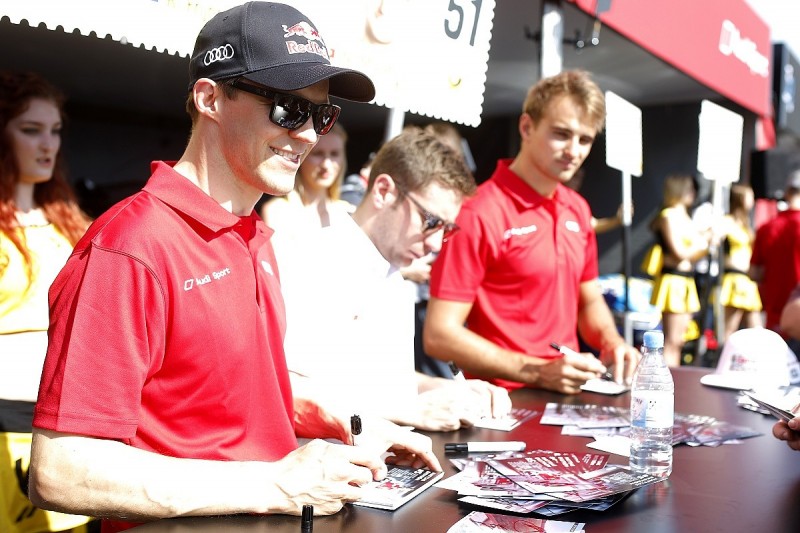 When Ekstrom was asked by Autosport on Friday if he was expecting an emotional weekend, he said: "I think it's wonderful.

"You spend so many years somewhere, on the one side it's hard, on the other side it's also the end of a chapter and it always starts a new one."

He added that arriving at Hockenheim with no testing or preparation was an odd feeling.

"I'm proud of the number of podiums [76] and I feel I have entertained people well over the years."

"He would have liked to [have been] a bit more in the mix-up front and we would have loved to give him the chance to do it. He handled the day [well]," Gass said.

"If you see how the fans reacted to his burnouts there at the end of the race, I think it was a well-deserved farewell from DTM.

"Thanks to Mattias for everything he did for Audi over the past 17 years. It isn't a definitive goodbye, he carries on in WRX."

ITR boss Gerhard Berger suggested to Autosport that Ekstrom's exit from the DTM would not be final, although Gass disagreed with his assessment.