Mercedes fielded just seven cars in 2014, one less than stipulated by a standing agreement between the three manufacturers in the DTM.

As late as the end of September, Mercedes was still predicting it would only field seven cars again in 2015, which sparked an angry reaction from both Audi and BMW.

But now the three-pointed star has officially confirmed there will be eight C-Coupes on the grid next season, and that ART will join HWA and Mucke Motorsport under the Mercedes banner.

ART and Mercedes already have a long history, the French team having used Mercedes power in European Formula 3 from 2003-10.

ART also took both of Mercedes' current Formula 1 drivers to GP2 titles, Nico Rosberg in 2005 and Lewis Hamilton in '06 (pictured). 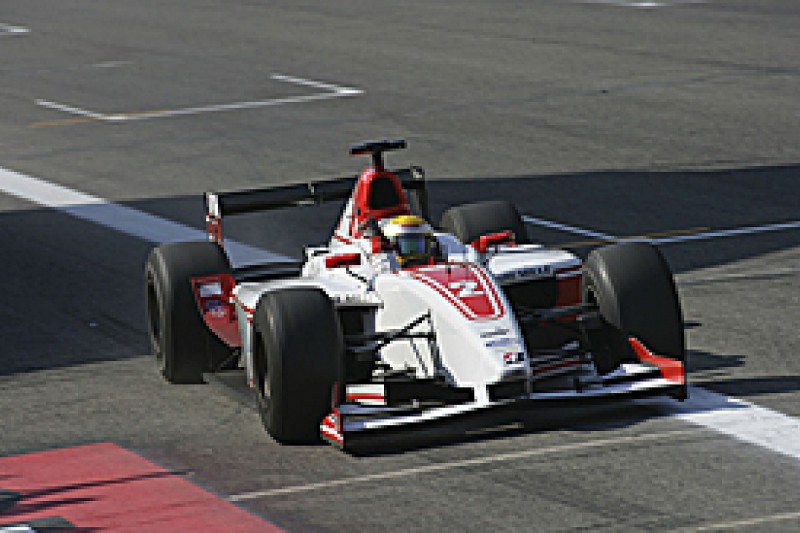 "To be picked by the most successful brand in the annals of the DTM to become their latest team fills us with enormous pride," said Frederic Vasseur, ART's team boss.

"We have a steep learning curve ahead of us.

"Nevertheless, we can't wait for the season opener at Hockenheim to get under way, when we will line up in a DTM Mercedes AMG C Coupe on the DTM starting grid for the first time in team history."

Mercedes motorsport chief Toto Wolff added: "We are delighted to now have on board a strong third team for the 2015 DTM season, long-standing partner ART Grand Prix.

"We have always said that we would only ever increase the number of vehicles in the DTM when we could be certain that all the cars deployed would be equally well looked after.

"We will have three strong teams next year, HWA AG, Mucke Motorsport and ART Grand Prix, who are well placed to contest a successful season in 2015 with the DTM Mercedes AMG C-Coupe."

DTM goes back to two-race format for 2015 season