Two-time DTM champion Ekstrom completed a DTM farewell weekend at Hockenheim in a seventh Audi RS5 earlier this month, having left the series to focus on World RX.

He made two NASCAR appearances in 2010 when long-time backer Red Bull had a team in the series.

Ekstrom feels the technical rules in both NASCAR and RX are more conducive to entertainment than the DTM's.

"It's never easy to win, but, frankly and honestly, the [DTM] cars are underpowered, over-downforced, over-tyred," Ekstrom told Autosport.

"Too good tyres, too much aero, too little engine [power]. 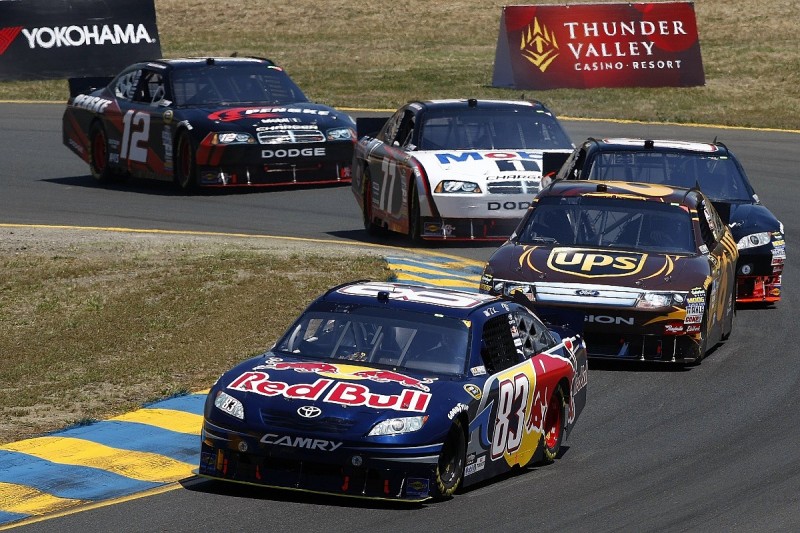 "So the [DTM] formula is, I think, not healthy.

Ekstrom believes that the changes to the DTM package for 2018, including a 30% cut in downforce and simplified suspension, have made little impact.

"For me, it is peanuts difference to last year," he said. "It's a very small difference."

"They say 'yeah the car has lost all this downforce, everybody starts from scratch again'," Frijns told Autosport.

"But for me personally, I always like when the car has a lot of downforce going back to my time in World Series [by Renault] when I jumped in and I was quick straight away [winning the 2012 Formula Renault 3.5 title].

"It suits my driving style, same as Formula 1 [as a reserve driver].

"So for me, it was a bit of a shame that they put 30% downforce away but it is the same [for everybody] in the end."

Frijns has also driven for Audi in various sportscar categories since 2015 and says that his GT3 career proves he has already adapted to low downforce.

"I will not need to adapt again, I just like the feeling with a lot of downforce," he said.

"In the last few years [in GT3] you have little downforce - comparing it between GT and DTM, it is a big step of course - so I adapted my style to GT3 as well.

"I don't think it is going to be an issue, it's just a shame my feeling with downforce will be a little less."

The best result of Frijns' maiden DTM weekend at Hockenheim was 12th in race two following a slow pitstop.