Lucas di Grassi says the DTM would be his "first choice" of championship should he be unable to extend his Formula E stay in future.

Di Grassi has been part of the all-electric series since its inception, playing a major role in the development of the original prototype that was used for its inaugural season in 2014.

With 12 wins, 35 podium finishes and the 2016-17 title, di Grassi is easily one of the most successful drivers in Formula E - although he hasn’t contended for the title in recent seasons.

There were question marks over the Brazilian’s future in FE following Audi’s recent exit from the series, but the 37-year-old has managed to strike a deal with Mercedes customer team Venturi to remain in the category for the final season of the Gen2 era next year.

Where the 37-year-old will race in 2023 remains uncertain, but the Abt team is keen to return to Formula E when the more powerful Gen3 cars come to steam, with di Grassi at the helm.

Ahead of his maiden DTM race appearances at Hockenheim this weekend, di Grassi said it’s not feasible to dovetail his existing commitments with a full-season drive in another championship - but the German category would be his “first choice” should his Formula E stint comes to an end.

“You have to first, focus on one, and second, the amount of work necessary to do it and the clashes, because this year there were three or four clashes for example for Nico Muller. He was doing two championships at one point and he needed to decide which priority he would take.

“My priority is still Formula E for the next year at least or the years to come. Let's see how it goes. I think DTM is an amazing championship. I don't know what I would be doing after two or three years.

"Let's put it this way, if I don't race in Formula E, DTM would probably be my first choice as the championship is extremely good and extremely high-profile.” 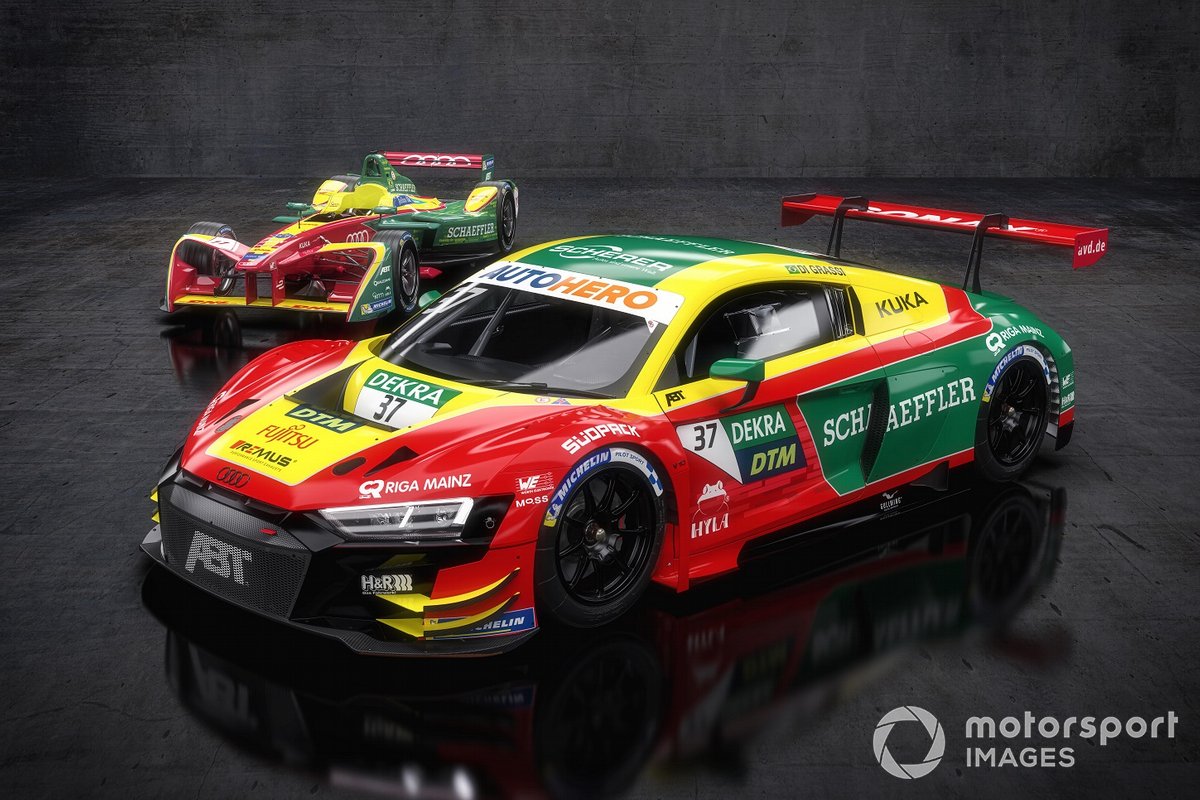 Di Grassi will make his DTM bow in a fourth Audi R8 LMS GT3 fielded by Abt Sportsline, extending a relationship that began in Formula E ahead of the series’ inaugural campaign in 2014/15.

The Brazilian revealed that talks of competing in DTM started off as a joke with Abt team boss Thomas Biermaier, before he signed an agreement to contest the final two rounds of the season - with di Grassi’s Audi carrying the same livery with which he won the 2016-17 Formula E crown.

“Since I joined Audi in 2012, the first time I tested the DTM car was with Nico [Muller] together at Red Bull Ring and then Estoril,” he said. "So yeah, super-excited to be joining the DTM.

“Thomas Biermaier from Abt came to me in Berlin. Of course we are all a bit sad that Abt after seven years is leaving Formula E, and Audi as well.

“It started as a joke. He said 'what do you think about racing DTM?' and I was like, 'if you pay me enough, I'll race'. And then the joke became kind of reality.

“We ended up finalising let's say extending the relationship beyond Formula E, which was very good with Abt. and I hope that is just the beginning.

“So I'm going to have a little bit of fun in DTM, hopefully not disturb the championship contenders or anybody around [me] too much, I'm just there to have my first experience."