The DTM is set to incorporate parts of the Lausitzring oval layout when it heads to the German venue later this month for the second round of the 2021 season.

The championship has exclusively used Lausitzring’s grand prix layout since the circuit made its debut on the calendar in 2001, although a shorter sprint version was also utilised last year due to the coronavirus pandemic.

However, the track has always featured a 3.2km tri-oval that hosted two rounds of the CART (later Champ Car) series in 2001 and ‘03 before the championship's re-merger with IndyCar.

Now, parts of this oval will be used for a hybrid layout on the DTM’s first visit to the Lausitzring as a GT3 championship on 24-25 July.

Instead of taking a sharp left turn following the main straight, which leads onto a complex sequence of slow-to-medium speed corners, the drivers will continue straight into the first corner of the banked oval.

Drivers will rejoin the regular layout when they arrive on the back straight, before peeling left at what was known as Turn 6 to tackle the second, longer, infield section to complete the lap.

Despite featuring five fewer corners, this configuration of the track is fractionally longer at 4.534km compared to a distance of 4.354km for the standard version. 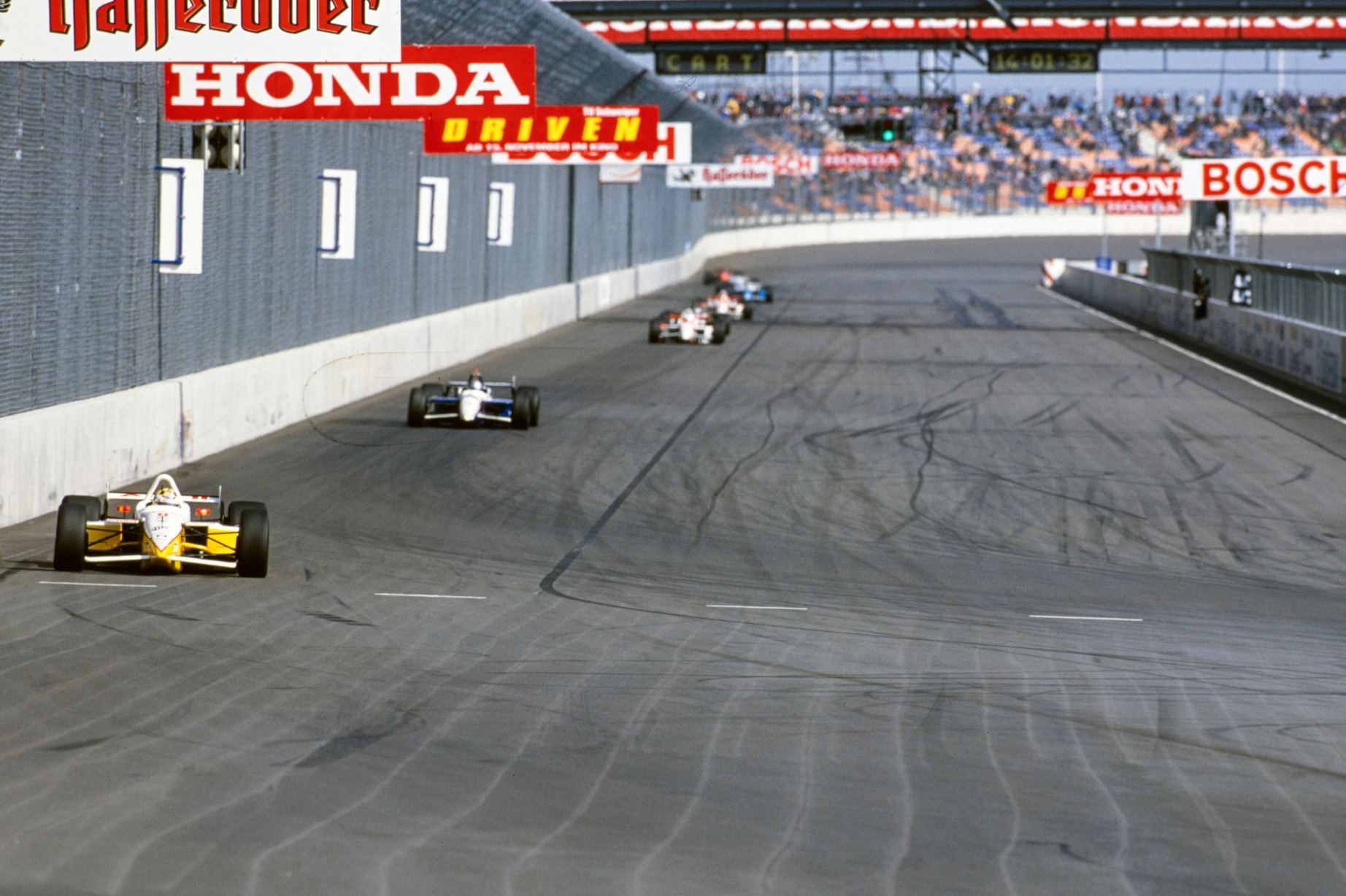 Kenny Brack leads Michael Andretti on the Lausitzring oval in 2001

The late decision to change track layouts could create headaches for teams, which tested at the usual grand prix configuration during the pre-season and have no data of the oval-based track.

DTM organisers hope that teams will now be forced to run cars in low-downforce trim, leading to more sliding in corners - and hence create more opportunities for overtaking.

This is not the first time the DTM has wanted to host a race featuring the first turn of the Lausitz oval.

Back in 2003, the series was due to hold races on this layout for the very first time.

But with the Audis of Christian Abt and Laurent Aiello suffering damage to their Dunlop tyres and other teams also running into problems in Friday practice, a late decision was made to return to the grand prix version, with no further attempts made to use the oval until now.