Both the DTM and Super GT have been working on a collaborative rules package to bring the car performance closer together, but few details have been made public ahead of Lexus, Toyota and Nissan machinery appearing at the Hockenheim finale as a precursor to the Fuji race.

It has already been agreed that the two series will use the DTM's single tyre supplier Hankook, as Super GT has a costly tyre war, and the DTM's DRS will not be used as the Super GT cars have no provision for the system.

But while the Class One tie-up means the two series are using the same engines, and the DTM's chassis has moved closer to Super GT specifications, there are still significant differences between the two cars.

Autosport had been told at Misano that a BoP could be an option.

When Autosport asked DTM boss Gerhard Berger if this was the case, he said: "Well we are looking into this one too.

"You know, Balance of Performance - I hate it. But we have to see as Super GT cars are on the same regulations as us but on the other side, they have a different format. Two drivers and [things like] that.

We are doing simulations and we are trying to understand if we have to do something [like a BoP], or not."

An ITR spokesperson confirmed to Autosport that the intention is not to slow down the cars through BoP. 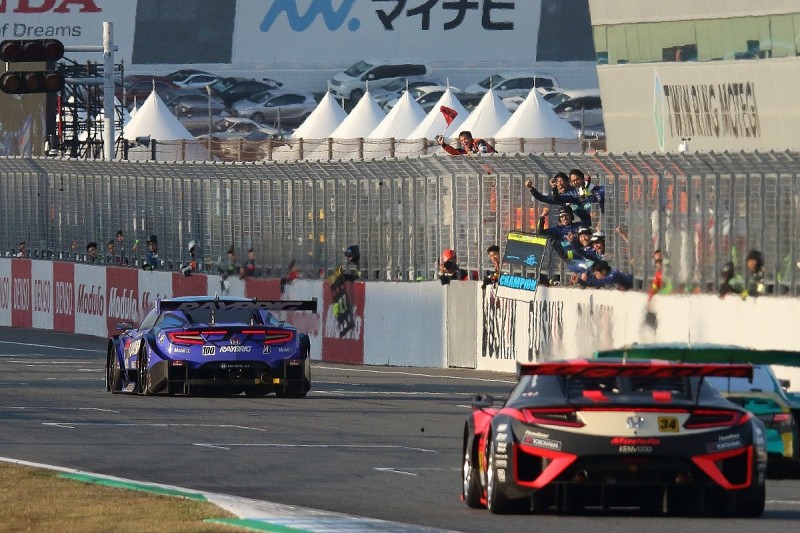 A statement read: "Clearly, establishing a Balance of Performance is something that both ourselves and [Super GT organisers] GTA are investigating; and there's a clear desire from both parties to boost cars' performance, rather than slow them down.

"But we're still in the early stages of those discussions and haven't yet established a clear protocol for how to achieve our objectives.

"As always, however, the ultimate aim will be to produce close, exciting and demanding racing."

DTM manufacturer Audi has already made it clear that a move into Super GT is of interest, as long as the Class One regulations lead to an identical platform.

BMW motorsport boss Jens Marquardt revealed during last weekend's Nurburgring 24 Hours that a Super GT move is of interest to the manufacturer.

"Now that we have finally achieved it [the DTM going international] let's see what our next steps are," he said.

"We should try and get cars from different manufacturers into both series. The more OEMs the more interesting it gets. We are definitely open to this.

"We need to take a look of course into different aspects, especially tyres, which are a big difference.

"Super GT is not using a single tire supplier as we do with Hankook but using different manufacturers.

"And these tyres are being tested heavily. So there is some work to do, but this is definitely something we're looking at."