Several DTM drivers have given a thumbs up to the championship’s move to GT3 regulations following the opening round of the 2021 season at Monza.

The long-running German category has undergone its biggest overhaul since it was revived in 2000, with purpose-built Class One cars replaced by off-the-shelf GT3 machinery and fully-fledged factory teams giving way to customer outfits - although some of them continue to receive technical and/or financial support from manufacturers.

The majority of the fans have been pessimistic about the direction the DTM has been forced to take this year following an exodus of car manufacturers, criticising the series for diverging from its touring car roots to join the burgeoning list of GT3 championships around the world.

However, last year's points runner-up Nico Muller believes the DTM “still deserves its name” in 2021, and a multi-brand fight has an added extra dimension to racing this year.

There are five full-season manufacturers on the 2021 grid, compared to just Audi and BMW in the last year of the short-lived Class One engine era.

"Super tight qualifying on Sunday was proof of that.

“For me what makes the championship somehow even more exciting than the past is that you race cars that have such different strengths and weaknesses.

“Depending upon which car you need to overtake on track, it’s a completely new challenge ahead of you, whereas in the past we knew with DRS and push to pass, and the cars being very very similar anyway, you always kind of always had the same battle ahead of you.

“Here, you actually have to change your style of racing depending upon which car you have in front of you.

"Like when I was racing Sheldon [van der Linde] in front of me in the BMW, you know that you are going to have a tough life on the straights and you really need to push very hard on [corner] exits to even have a chance.

“We will see performances shift a lot from weekend to weekend and you have to maximise your opportunities and there is no space for compromise and that will make this season exciting.” 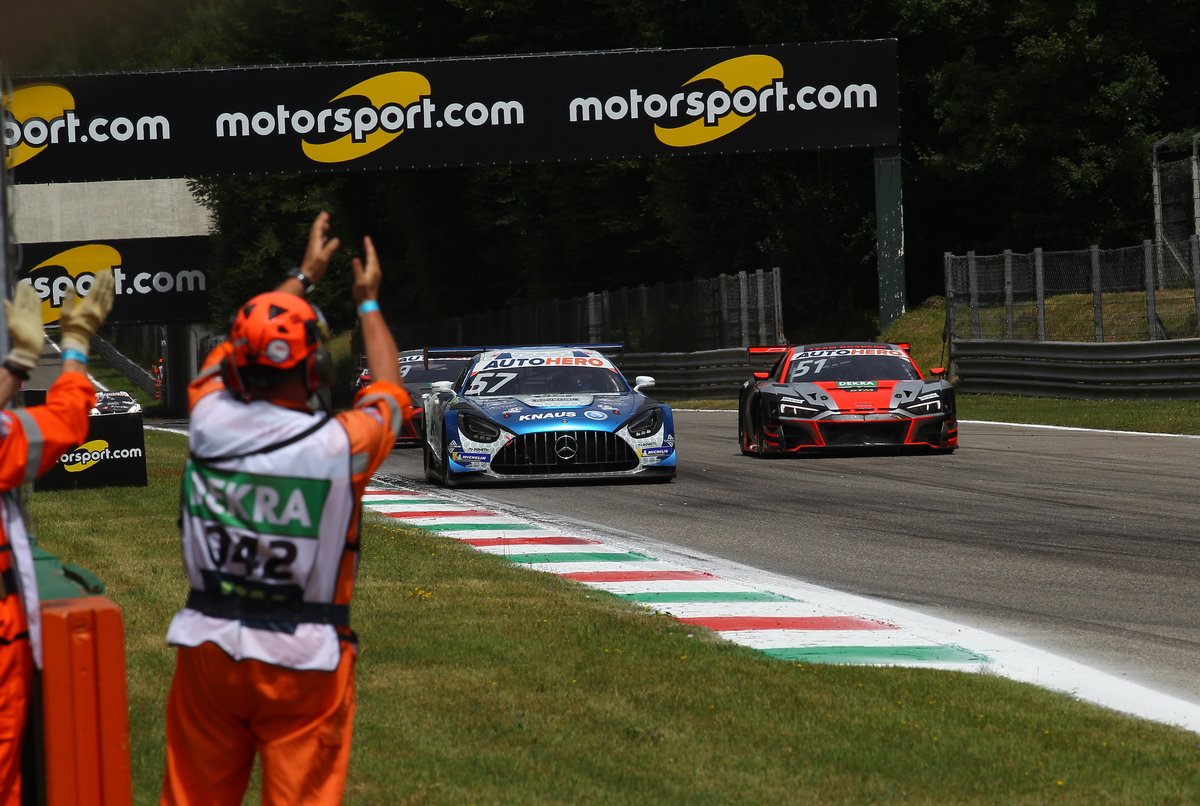 Audi ace Kelvin van der Linde moved to the DTM in 2021 after spending a large part of his racing career in GT3 championships including ADAC GT Masters and the SRO-run GT World Challenge Europe.

The South African driver praised the championship for being flexible and making two separate rounds of Balance of Performance alterations after Mercedes dominated the first qualifying of the Monza weekend.

“To be honest it's just a compliment to the DTM and the way they turned around from Saturday to Sunday,” said the Abt Sportsline driver, who won the second race from pole position.

“I think the show was much better having five manufacturers in the top six in qualifying. Also in the race I think it was a lot closer. It’s a good omen for the rest of the season.

“I think it really shows that they are really open and working hard to make it a success.

“Monza is typically difficult but I think there’s some cool tracks coming up, Zolder, Nurburgring and of course Norisring. I want to see how that's going to be.

“I am very positive. I think it’s a great start to the year for DTM. [There were] a lot of negative comments before this weekend but I think we managed to show a few of those up.”

“In the past, DRS and push-to-pass [made passing cars easy],” said Auer. “Even if there are less overtakes these are proper overtakes, you do it on the brakes and not going on the perfect line even before you brake.

“So I believe this is what you want to see and this is the tough thing about it. So I think racing is great, the first laps were where I was completely crazy."