Philipp Eng had topped the times after the first run in his BMW and looked relatively secure until the final minute.

After Eng posted a best purple sector at the beginning of the lap, he gave up time in the following two sectors that stopped him improving on a 1m22.159s.

As he crossed the line, race one winner Rast hit purple in sector one and pieced together a lap of 1m22.140 to hit the top of the times.

Mercedes driver and points leader Gary Paffett was the only driver in reach of Rast but fell short by just 0.006s to take second on the grid.

That meant Eng fell to third place as BMW stablemate Timo Glock set his best lap after the chequered flag to go fourth ahead of the Mercedes cars of Lucas Auer and Pascal Wehrlein. 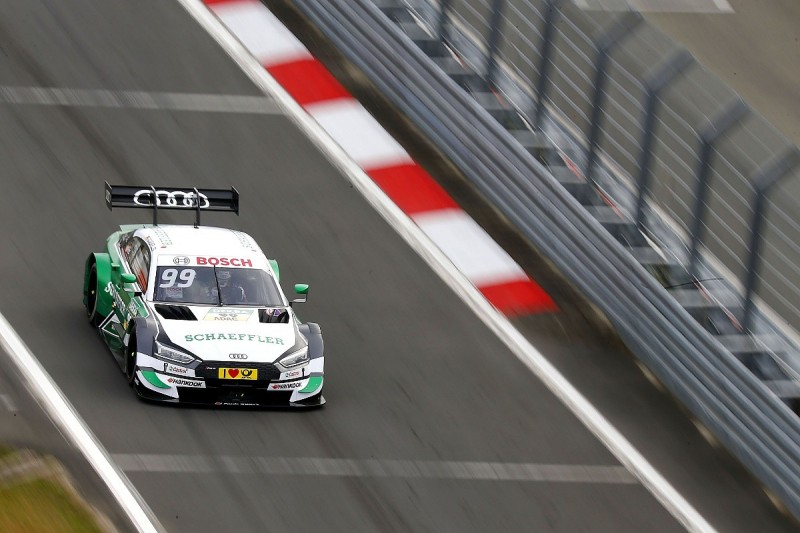 Mike Rockenfeller put his Audi seventh on the grid despite running wide during his second attempt.

Bruno Spengler, who took a podium on Saturday, qualified eighth ahead of fellow BMW drivers Marco Wittmann and Joel Eriksson.

Title contender Paul di Resta was 11th after his contentious clash with Eng on Saturday.

Loic Duval took 16th, with Robin Frijns and Edoardo Mortara qualifying behind him.

Frijns and Mortara clashed on the first lap of yesterday's race and the Audi driver was pitched into a spin.