The Scot was left with damage to his Mercedes after the clash with Frijns's Audi in the early stages, and the result cost him the championship lead to team-mate Gary Paffett - and allowed Audi's Rene Rast to move firmly into the title picture thanks to his fifth successive win.

"Frijns destroyed my race - it's as simple as that," said di Resta.

"He had brainfade and tried something that wasn't there - then he gets told to give the position back, but I had no front bumper left and the steering was bent.

"I don't really expect any more from him to be honest."

Di Resta explained that his grid position of sixth, which put him in the pack from which the Frijns collision occurred, was because he was "compromised by traffic - and my second lap was good for P7 [promoted to sixth with Timo Glock's grid penalty].

"The car is quick and there's nothing to worry about - it's just the things you can't control, which this year has been Frijns and Philipp Eng."

In his defence, Frijns said: "For me it was quite a nice move, but he [di Resta] turned in.

"I was quite upset about it [the call to hand back the position] because to me it was all fair and clean."

Paffett said that his race - in which he finished fourth - was hugely compromised by difficulties warming the tyres before the late restart, before which he and Rast were well clear of the field as they battled for the lead.

"The safety car completely changed the race," he explained.

"It wasn't just that it allowed all the people to catch up; it was the carnage afterwards.

"I've never seen so much dust on the track, and we could have gone off four or five times every lap - it was dangerous, and my feeling was that they should have put the safety car out again.

"That was combined with struggling to warm the tyres up, and Timo and Robin had better tyres, so that combined to beat me." 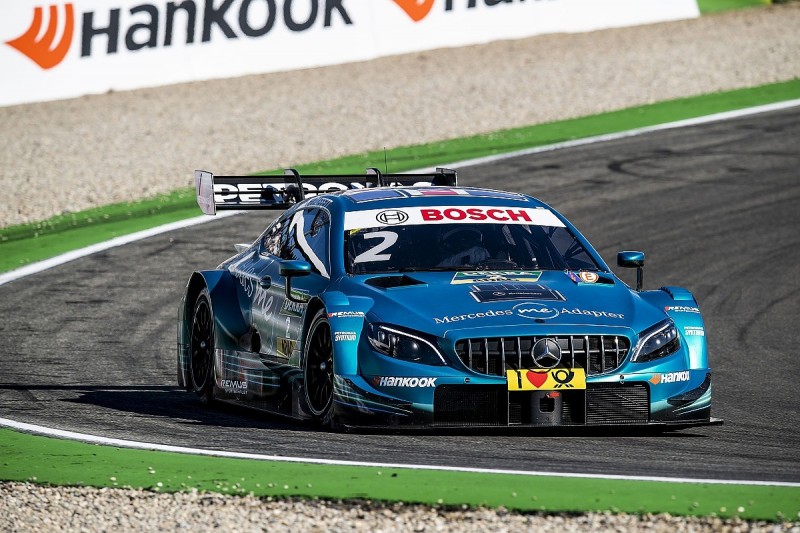