Championship leader Ekstrom, chasing his third title in the category, will lose five places on the grid for Sunday's race.

Green - his nearest rival in the standings at nine points adrift - will drop 10 positions after qualifying.

Ekstrom failed to score in the Saturday race that Green won earlier today, but was reprimanded for his forceful move on Mercedes driver Maro Engel at the Turn 8 left-hander early in the event.

The Swede was adjudged to have forced Engel off the track, and the subsequent warning he was handed was his third of the season, which translates into a five-place grid drop. 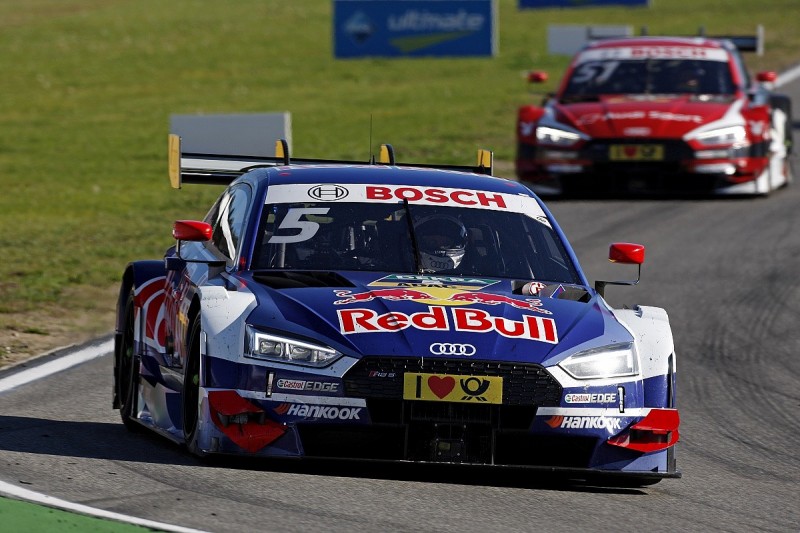 Green was also given a warning for forcing a rival car off after the stewards deemed he had left no space for BMW's Timo Glock on exit of the Turn 10 right-hander as they fought for the lead early-on.

The warning was Green's fifth of the campaign and means he will now have to give up 10 places on the grid for tomorrow's race.

While the penalties mean Ekstrom and Green can start the final race of the campaign no higher than sixth and 11th respectively, they will both be eligible for the qualifying bonus points on offer should they place in the top three in the session on Sunday morning.

Two other Audi drivers - Rene Rast, 13 points behind Ekstrom, and Mike Rockenfeller, 20 points adrift - also remain in the hunt for the 2017 title.

DTM Hockenheim: Green into title contention with race one victory