The DTM has moved to reduce downforce by a third ahead of the upcoming season, having made a reduction in 2017 too.

The series has previously admitted it is under "high pressure" to find new manufacturers to replace Mercedes when it leaves for Formula E following the 2018 season.

But Paffett believes the DTM's chosen direction will help and also bring driver skill back into focus.

"In recent seasons, aerodynamics has developed into a kind of arms race, including in the DTM, and the more money you spend, the faster you get," he said.

"So I think the standardising of the components gives all the teams a much more level playing field, which is what everybody wants.

"We drivers did want a bit less downforce. The problem with having a lot of downforce is that it takes a lot away from what you are doing.

"It also makes it very hard to follow cars very closely, which makes it difficult to overtake.

"There are lots of benefits to having less downforce. For years, we have been saying you can reduce the downforce, but you need to replace it with mechanical grip, and that's precisely what we did last year.

"We had softer tyres which replaced some of the downforce that we had lost. That is the direction we need to go.

"We need to have grippy tyres because they help to go fast in the corners while not making it hard to follow another car.

"I think we have got a pretty good balance this year and that the cars will be a little bit harder to drive in dry as well as in wet conditions.

"Hopefully, this will bring driver skill and ability back into focus rather than just the performance of the car." 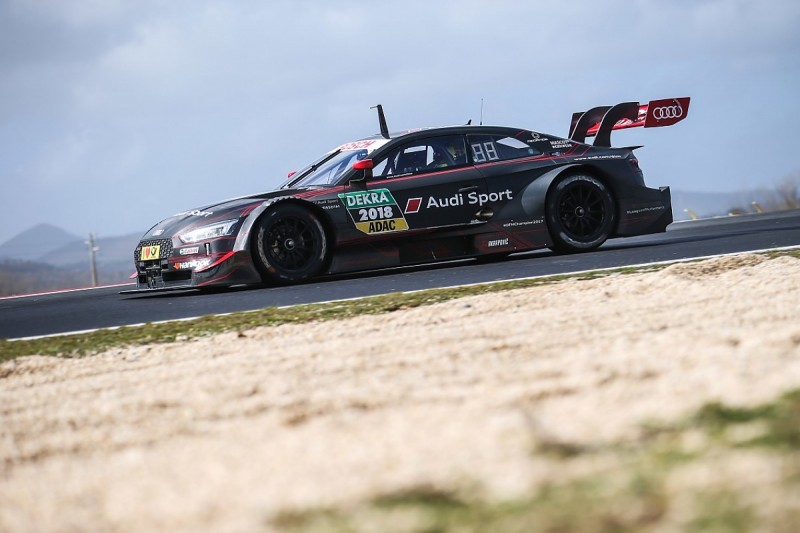 Audi also backs the changes, according to its head of motorsport Dieter Gass.

"We are in agreement with DTM CEO Gerhard Berger about the future of the DTM," he said.

"We do not want to see a never-ending technological arms race and dominance of a single brand, but thrilling, top-calibre races.

"The further reduction of downforce and simplified suspension promise an even greater spectacle for the fans."