Juncadella dropped to third off the line, but regained second in the pitstop phase then overtook Lucas Auer as the early leader emerged from the pits to reclaim a net lead before easing away at the front of the field.

Auer leapt into first at the start, with Audi driver Rene Rast following him through into second around the outside of Juncadella at Paddock Hill Bend and Druids after the polesitter had bogged down. 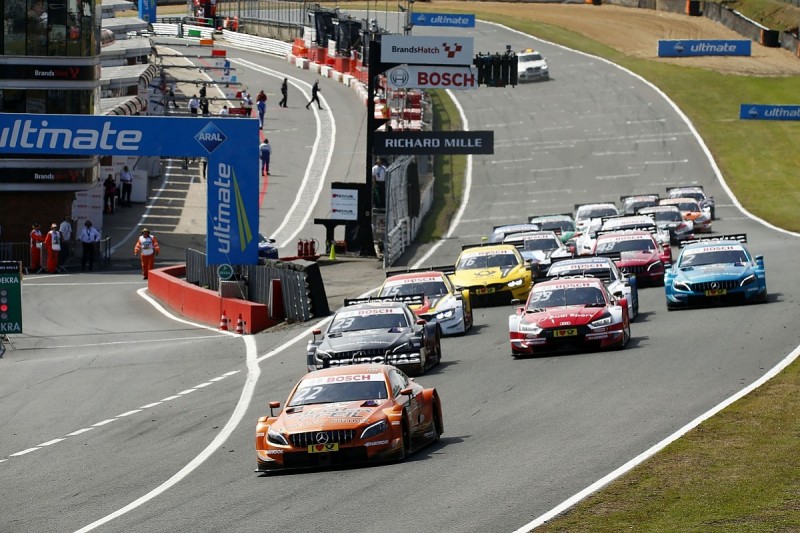 But Juncadella was handed second back almost immediately when Rast - who won the most recent race at Zandvoort last month - dived for the pits at the end of the opening lap.

He set about chasing down Auer after an early slow zone period, which was in place to allow for Loic Duval's beached Audi RS5 to be recovered from the Druids gravel trap.

Juncadella then pitted at the end of lap seven, emerging ahead of the earlier stopping BMW of Augusto Farfus, and two laps later he dived past Auer at the Graham Hill Bend left-hander to snatch back the de facto lead after the Austrian's pitstop.

Farfus also made it past Auer off the corner, but could not match the pace of Juncadella in the second half of the race - leaving the 2012 European Formula 3 champion clear to claim his first victory in his 67th DTM start.

From fifth on the grid, Farfus claimed his first podium of the season with a typically combative drive - passing fellow BMW driver Philipp Eng for fourth at Westfield on the opening lap, then jumping Rast in the pits before making his overtake on Auer.

Auer did hold on for third, finishing two seconds clear of Rast, while Eng completed the top five in his Team RMR BMW after resisting late pressure from Gary Paffett. 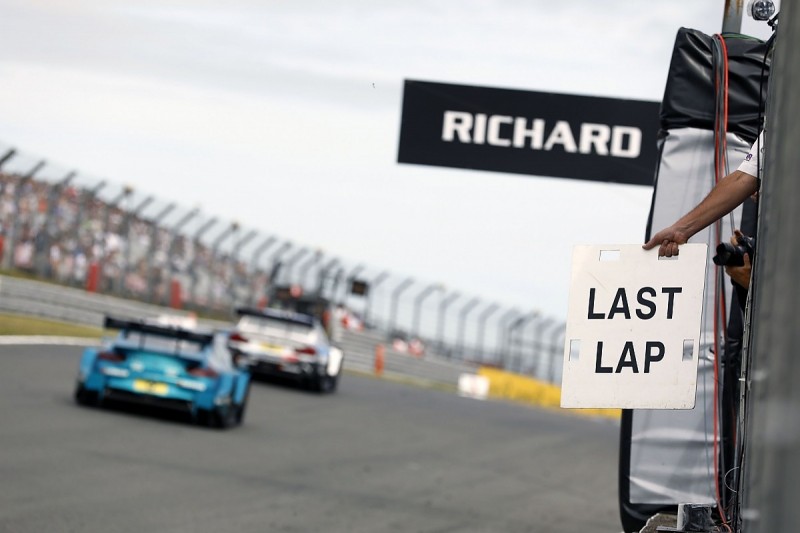 Championship leader Paffett closed in on Eng rapidly in the closing stages, but could not find a way past despite a handful of looks at passing at Paddock Hill bend.

Ex-Formula 1 driver Pascal Wehrlein was seventh ahead of Edoardo Mortara - the pair running furthest of all before making their mandatory stops - while double champion Marco Wittmann was ninth, more than half a minute behind Juncadella.

Mike Rockenfeller scored the final point with a late overtake on Robin Frijns, after earlier completing a brilliant double overtake on Timo Glock and Jamie Green at Hawthorns.

Green also passed Frijns on the final lap but missed out on the points at his home race by 2.4 seconds.

Mercedes' other title hopeful Paul di Resta was a subdued 16th of the 17 cars that finished the race.