Haupt Racing Team boss Ulrich Fritz says Luca Stolz’s maiden DTM victory at the Nurburgring was particularly special as it was “our first really own-achieved” win in the series.

HRT scooped the 2021 DTM title with Maximilian Gotz, claiming wins at Lausitzring and a brace in the controversial Norisring season finale, although each of these required elements of fortune.

Kelvin van der Linde suffered an electrical glitch while leading at Lausitzring to hand glory to Gotz, who then profited from compliant driving by Mercedes stablemates Philip Ellis and Lucas Auer at the Norisring to scoop the title away from van der Linde and Liam Lawson.

When Gotz then joined Winward Racing for his title defence, HRT turned to its GT World Challenge team regular Stolz to partner Arjun Maini in the DTM and he took second places at Portimao and Lausitzring.

But it finally came good at the Nurburgring, where he led home Dennis Olsen to win race two by 4.5 seconds.

After being turned around by Gotz on the first lap of the opening race, finishing 17th, Stolz qualified seventh for race two and had moved past Gotz, Kelvin van der Linde (Abt Audi) and Olsen’s SSR Porsche to fourth before the safety car arrived at the start of the pit window.

With second-placed Philipp Eng unable to follow his race-leading Schubert BMW team-mate Sheldon van der Linde in, due to the DTM’s rules prohibiting double-stacked stops under safety cars, Stolz cycled to the net lead after a quick turnaround from HRT got him out ahead of van der Linde and Thomas Preining (Bernhard Porsche).

Speaking to Autosport, Fritz said he was “very relieved” at the result, its first win of the year and only the second for a Mercedes since Winward driver Auer won the Portimao season-opener.

“[In] the pitstop we were faultless, we were the strongest pitstop in exactly the moment we needed it, but also afterwards he was able to build a gap, he was I think by far the fastest car on the grid and in the end could control the race,” Fritz told Autosport. 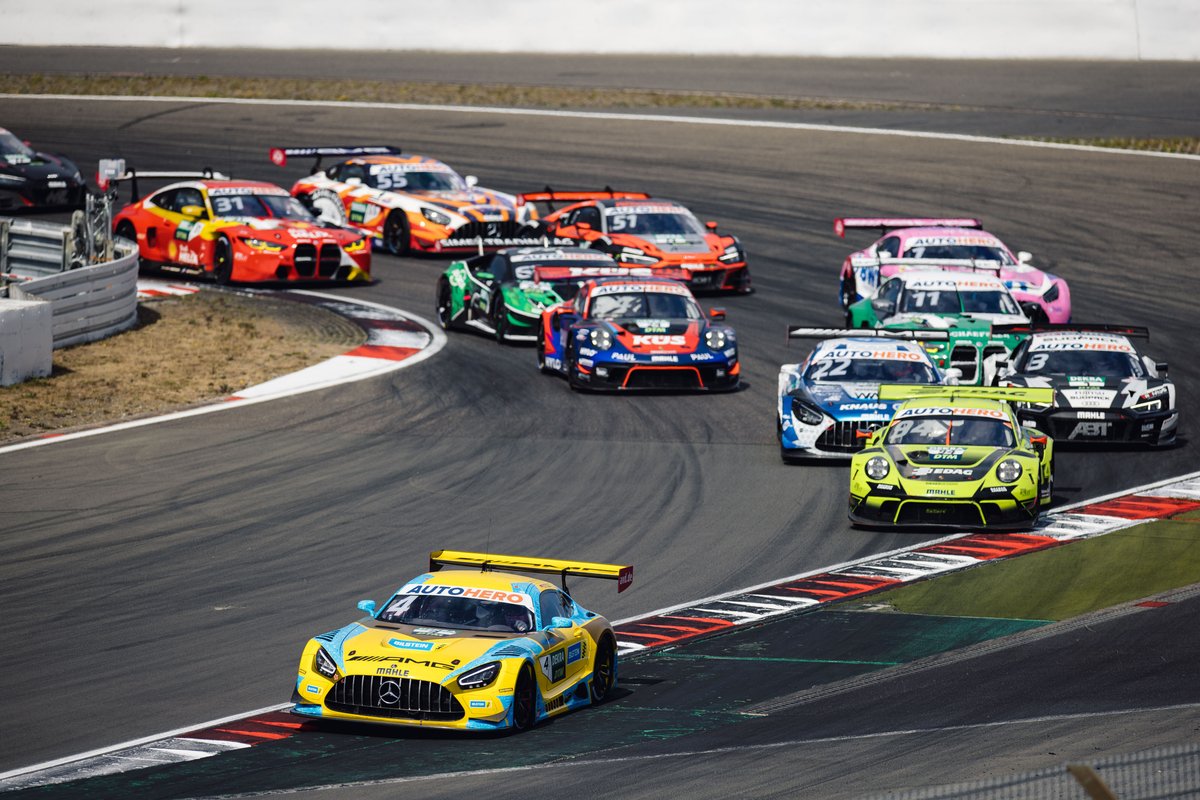 “It was a very deserved win for Luca, but also for the whole team because we have worked really hard in the last month. That’s why I’m very relieved.

“To be honest, it’s our first really own-achieved DTM victory, we have to say. If you look back last year, we won in Lausitz but we won because I think Kelvin had an issue. And Norisring, we all know the story.

“It’s a great feeling today, because we had to wait such a long time.

“And then a pitstop that just really nailed it in exactly the moment you needed, that shows the character of the team and I’m incredibly proud of them.

“We knew we could do it. You don’t fight for a DTM championship if you have not deserved it.”

Stolz said “the car was just flying” after the restart, as he set fastest lap in clear air.

“I had a really bad day yesterday, and so it’s really good to come back like this,” he said.

Olsen told Autosport that he couldn’t hope to match the 2022 Bathurst 12 Hour winner, but the result made up for being eliminated from race one in contact with Rene Rast – which left him “both angry and sad” that he was unable to capitalise on his car’s renowned pace in slippery conditions.

“Luca was incredible quick today, I had no chance,” he said after matching his best result of the year at the Norisring. “The tyres were dead in the end but happy for second.” 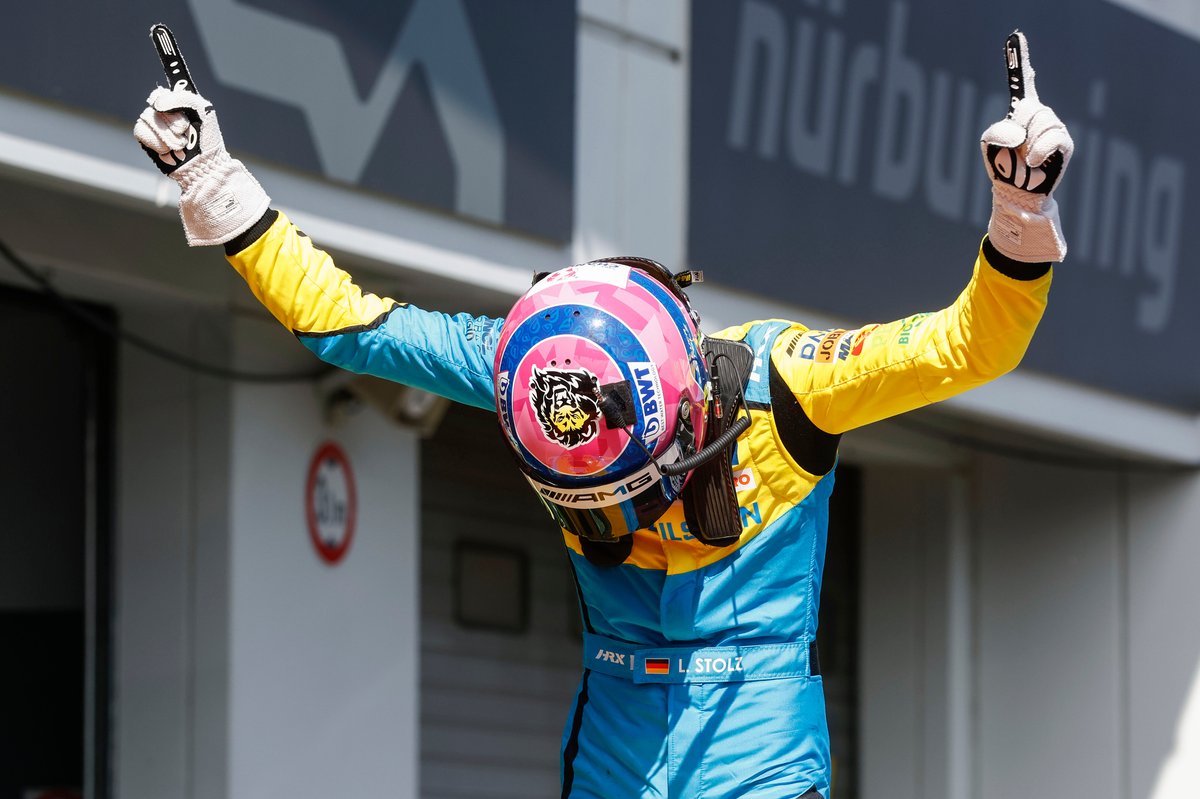 Fritz also revealed that Stolz had suffered contact in qualifying with Nico Muller’s Abt Audi that “really hampered performance”.

“We were a bit unlucky in qualifying because Luca got hit by Nico Muller in the outlap, so the tow was gone and already the rim was bent,” he said.

“It’s a bit difficult because in front of the chicane a lot of cars slow down and try to get a big, big gap.

“Luca could behind them and I think Nico just thought he could overtake everybody which obviously is nonsense.”

Asked if the victory could prove a confidence-booster for Stolz ahead of Spa, where he finished second in the 24 Hours earlier this year, Fritz said: “I hope so, but I do not only hope it elevates Luca.

“We have really pushed every one hundredth of a second and left no stone unturned, but we were not lucky this year for various reasons.

“Sometimes you need such a relieving moment, such a win, to really push further and to really unleash the potential that is in the team. And I hope this was the moment for that.”

Abt would "trust" Tomczyk to be Berger successor as DTM boss