BMW driver Marco Wittmann has been stripped of his first DTM victory in 2017, giving Audi a top-four lockout in the Sunday race at Zandvoort

Reigning series champion Wittmann had seen off Audi's Mike Rockenfeller in a closely-fought battle, taking the flag eighth tenths ahead of his rival.

But Wittmann's car was held in parc ferme after the race and he was disqualified, as the organisers were unable to take a 1kg sample of residual fuel from the BMW.

As such, Rockenfeller was promoted to the race win, with Loic Duval moving up to runner-up and Mattias Ekstrom inheriting a podium - despite having finished almost a full minute behind Wittmann. 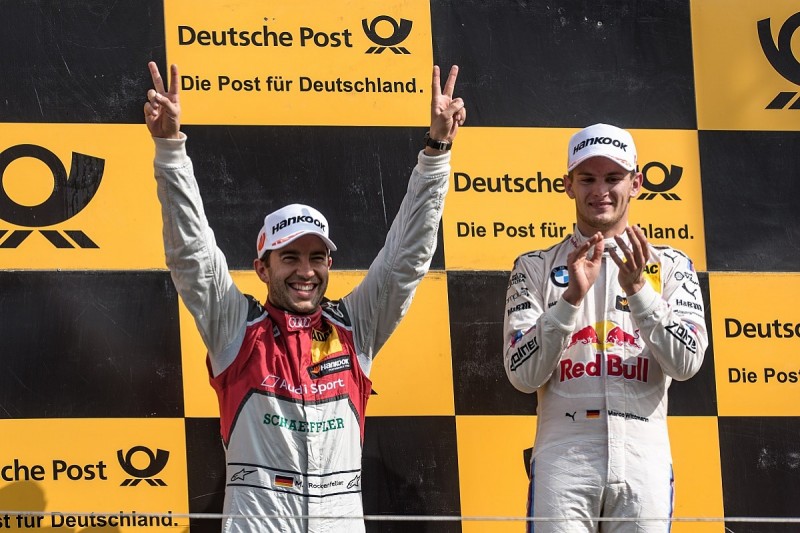 The disqualification is a heavy blow to Wittmann's chances of successfully defending his 2016 title, as the initial win had allowed him to emerge as one the chief title contenders.

He provisionally sat just seven points off points leader Ekstrom, but is now down to eighth place in the standings with six races left to run.

Rockenfeller's victory is his first since 2015, and puts him third in the standings as he props up an Audi 1-2-3.