BMW 'ran out of steam' during its 2019 DTM season according to motorsport boss Jens Marquardt, who has further outlined the manufacturer's plans to review its programme

BMW has managed to win six of the 16 races so far but it has been unable to win both races in a weekend and has increasingly found itself behind Audi in both qualifying and race trim.

It came in contrast to the start of the season in which BMW had an advantage - particularly in one-lap pace - but trailed off as it struggled with reliability that meant it had to make tweaks to the M4 DTM that compromised performance.

Marquardt said: "Of course we are not happy with where we find ourselves after 16 DTM races. We started the season well, but, for various reasons, we have run out of steam a little since the middle of the season."

At the Nurburgring last month there had been speculation that BMW could change the make-up of its works squad, and that Motopark was closing in on becoming BMW's customer squad in 2020.

Marquardt has now clarified that both works outfits - RBM and RMG - will remain BMW's factory operations.

"We are currently examining exactly what configuration and structure the BMW M4 DTM will be run in the future," said Marquardt.

"We must obviously get to grips with such issues as reliability.

"Our two works teams will continue to play a key role. Although there is always the potential for improvements on both sides, the crews of Bart Mampaey and Stefan Reinhold are working at a very high level.

"For this reason, we are also planning on working with our RBM and RMG works teams next season." 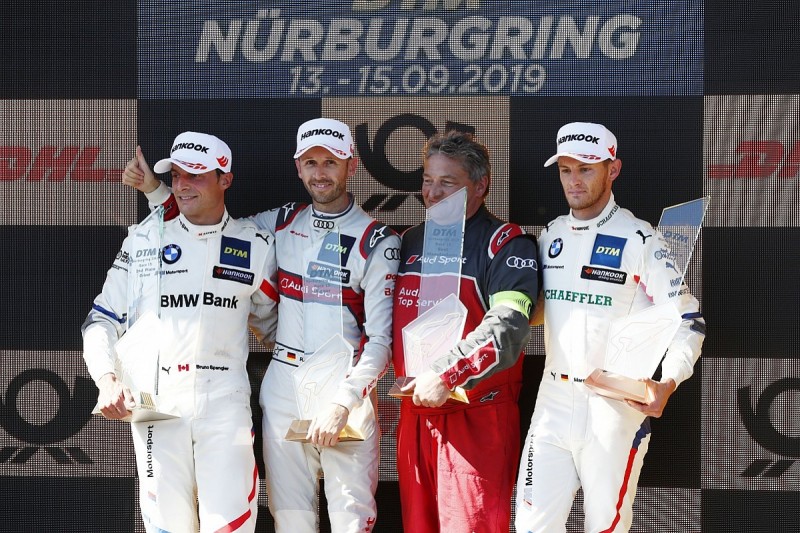 Marquardt added BMW is performing "self-critical analysis" and said there will be "at least" six BMWs on the grid in 2020, the same number it ran this year.

While Wittmann has starred for BMW by winning four races compared to Philipp Eng and Bruno Spengler's solo wins, Marquardt confirmed the team will review its driver line-up.

"Our drivers are just as much a part of the overall DTM package as the car and the teams," he said.

"As such, we will also be looking closely at this area. Our goal has to be to remain as compact as possible, both in qualifying and the race.

"This season, we have not always been as successful in this regard as we were in the second qualifying session at the Nurburgring, when five of our six drivers set times within one-tenth of a second of each other.

"We are also performing an analysis to identify the cause of this."

At the Nurburgring last month, Marquardt revealed that BMW had to add around eight kilogrammes to its car to combat reliability problems related to the Class One engine's vibrations.

Its drivers had also said the M4 DTM was difficult to set-up, a claim BMW had initially refuted, and BMW spent practice sessions at the Nurburgring trying to find a breakthrough due to the limited development allowed under DTM regulations.