BMW posed no real threat to Audi in what turned out to be the last year of the short-lived Class One engine era, as the Ingolstadt-based brand won 16 out of 18 races to secure a clean sweep of manufacturers', teams' and drivers' titles.

Audi first gained a clear advantage over BMW when the DTM switched to two-litre, turbocharged engines last year, but the gap between the two manufacturers widened in 2020 as BMW's effort to fix the reliability issues that plagued its 2019 campaign allowed Audi to march away from its sole manufacturer rival.

BMW and Audi will not go head-to-head in 2021 following the DTM's decision to switch to GT3 regulations and customer teams, marking the end of a rivalry that was revived in 2012 when the Munich-based marque joined the series.

But BMW driver Auer believes the two German marques would have been closely matched next year if Audi hadn't decided to exit the series as a factory entrant, citing the lessons BMW learnt in a tough 2020 season.

"I don't think so, because BMW has learned a lot this year," Auer told Autosport when asked if he felt Audi would have easily taken the 2021 title under Class One regulations.

"I think it would be a lot closer and it wouldn't be the same as this year. 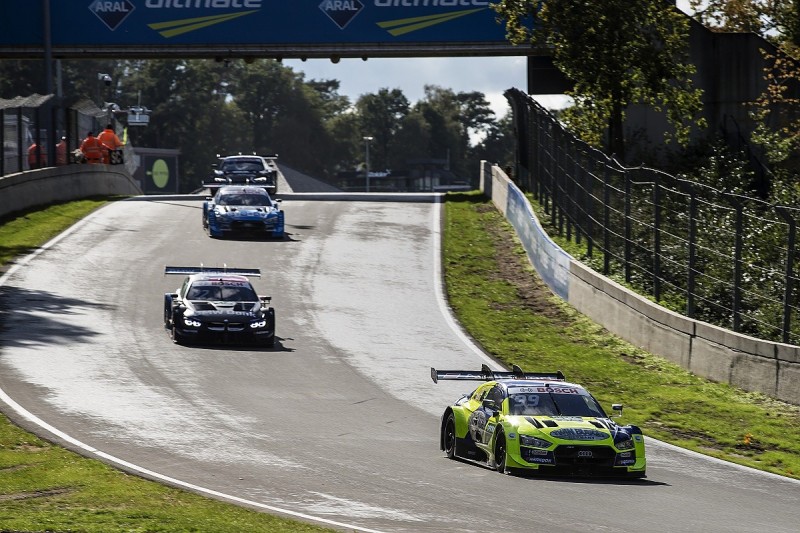 "Although it was a tough year for BMW, the people there are very experienced, and they know what they are doing.

"I think with one more year they could have closed the gap, or even turned it around."

There were fears within the DTM paddock that Audi would be out of reach this year as early as the pre-season test at the Nurburgring back in June - and it did end up locking out the top five places when the season got underway at Spa-Francorchamps less than two months later.

Auer said it was evident "quite early" in the year that BMW wouldn't be able to match Audi this season, despite some people questioning whether an unconventional venue like Spa can provide a realistic picture of the pecking order.

"Even in the pre-season test [it was clear Audi would be impossible to beat]," Auer said.

"Of course everyone was doing different things, but for me it was just about learning. I wasn't mega competitive, but it was ok.

"There were some doubts about Spa, because it's a new track, and we also came a lot closer after that, but they still dominated in terms of qualifying and tyre management in the race.

"They managed everything better, and it was quite clear [that we couldn't challenge them] quite early, I have to say."