Audi came out on top across free practice ahead of the DTM's Lausitzring round, with Jamie Green and Loic Duval each topping one of the two sessions

Duval set the ultimate fastest lap in the opening practice, recording a 1m35.985s lap, with Green's effort of 1m36s proving to be slightly slower than Duval's first benchmark.

Audi Phoenix driver Duval then followed his pacesetting first practice by placing behind Green in the second session.

BMW's Marco Wittmann - an outside title contender heading into Lausitz - was able to break the Audi deadlock in first practice by placing second ahead of Green, but Audi then took a stranglehold on the following session as it locked out the top six places.

Robin Frijns would place behind Duval and Green, with WRT Audi's Jonathan Aberdein in fourth. 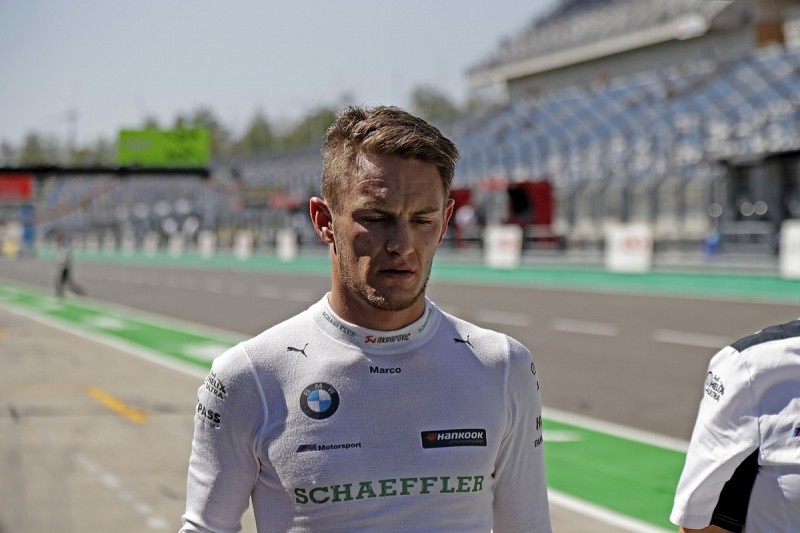 Wittmann would again place as best of the BMW drivers by taking seventh ahead of stablemate Timo Glock, who is also taking part in the supporting Tourenwagen Classics this weekend.

Ninth went the way of WRT Audi's Pietro Fittipaldi and Bruno Spengler rounded out the top 10 in his BMW M4 DTM.

The R-Motorsport Aston Martin squad took its best result of 12th in the first practice session through Jake Dennis.

In the second session, Daniel Juncadella was the leading Aston in 15th as he enters the weekend on a run of five points finishes in the last six races.

There was a brief red flag in the opening session caused by an advertising banner becoming loose on the track.