Defending champion Rast is the only Audi driver to have won in 2018, scoring victory in the second race at Zandvoort last month.

He is currently ninth in the standings with 77 points, 34 ahead of Audi's next-best driver Mike Rockenfeller, who sits 11th.

Robin Frijns, Loic Duval and Jamie Green also occupy the bottom three places among the 18 full-time drivers in the standings.

Audi motorsport head Gass told Autosport Rast's consistency in qualifying - having most recently started third and fourth at Brands Hatch - as well as his attention to detail during practice had shaped the standings.

"I think what he is doing is not so far away from last year [when he won the title] and he is nailing it in qualifying every time," said Gass, when asked what Rast was getting from the car that his other drivers were not.

"The others have the odd good lap but they don't have the consistency of Rene.

"He makes less mistakes when it counts in qualifying.

"If you nail it in qualifying and start up front then a good race result is... I wouldn't say guaranteed, but it's always in reach.

"We know that he's a very hard worker.

"Over the weekend, he starts off in the first [practice] session and he's in the midfield and then he does a lot of work on his own, on data analysis, and he is able to transfer that on to the track and his own driving.

"That's what makes him very strong."

While Gass believes Rast has excelled in qualifying, Green recently isolated his own qualifying issues as the main contributing factor to his "painful" season. 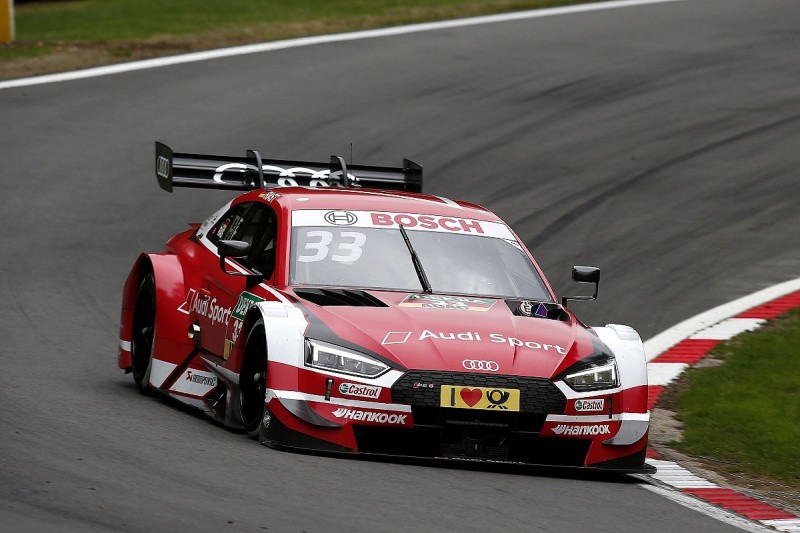 Rast reckoned his superior form owed some thanks to a better run of luck.

"It's motivating, obviously, when you're the best Audi but I think the others were just a bit unlucky," he said.

"I think all of us are on a very similar level, you always need a bit of luck here or there."