The Swiss finished as DTM runner-up in 2019 and 2020 during the championship's Class 1 touring car era, but endured a difficult 2021 season following the switch to GT3 machinery with only a single podium in the opening weekend at Monza.

But after a productive winter, Muller made a strong start to the 2022 season in Portugal and scored his first win in race two from pole - his first victory since the 2020 Hockenheim season finale.

Speaking prior to the second round of the championship at the Lausitzring this weekend, Muller said "there is not one secret, it’s all the little details" that have facilitated the Rosberg team's upswing in form.

However, he acknowledged the new-for-2022 Evo II package had been an important factor.

"The new package that we have since this year makes the working window of the car a little bit wider and you can just play with the car a bit more also from the driving side.

"The set-up is not as critical to really hit the sweet-spot as it maybe was in the past, so I do hope we can profit from all those things when we go back to Lausitzring this year and be competitive again, similar to how we were in Portimao." 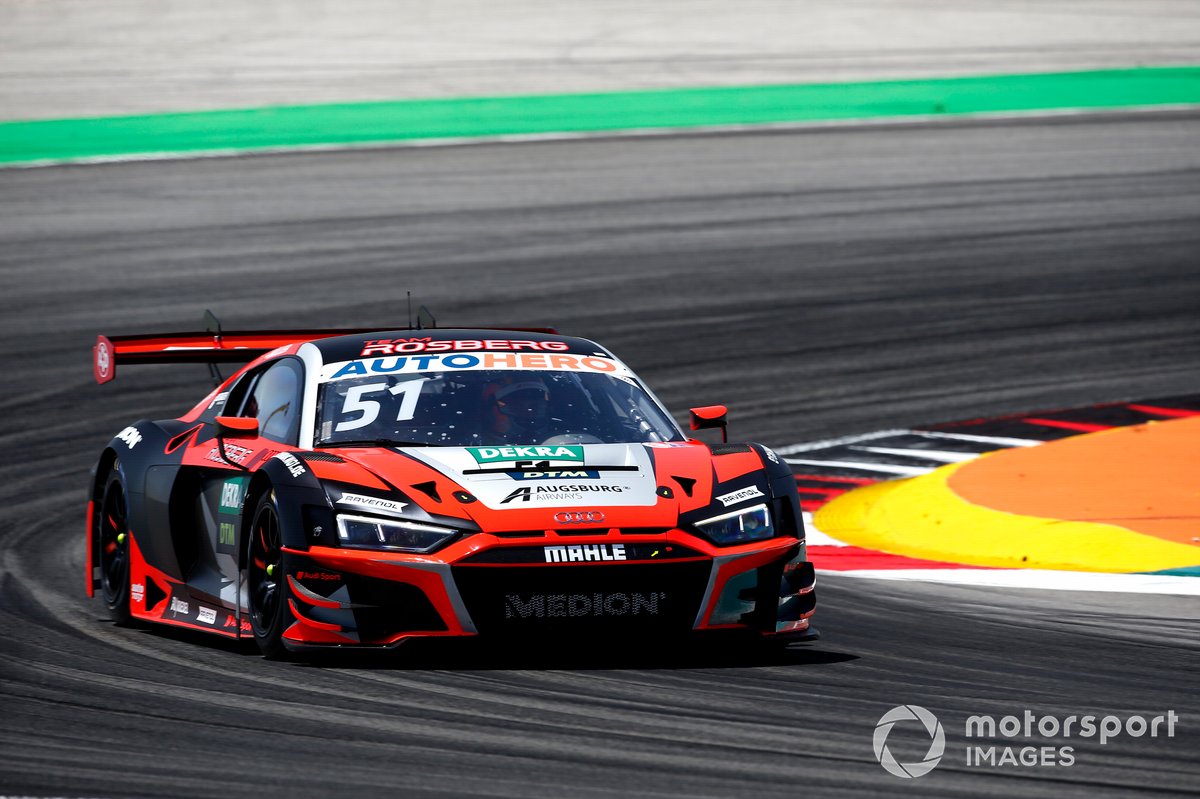 Muller also said the team was "better-prepared on all fronts" this year, thanks to a proper programme of testing.

"Last year we had very limited preparation on-track for the first DTM season with GT3 materials," he said. "I think that’s what made our life a bit difficult.

"We still have room for improvement in certain areas, that’s for sure. There’s no perfection anywhere and we try to improve and keep improving on all-fronts still.

"But we’re starting off a much better base which makes me confident going forward."

Muller added that the Lausitzring weekend had been "probably the worst weekend we had" in 2021 as he laboured to a best qualifying of 15th and finished no better than 10th.

But although the team has "got a much better understanding of the car in general than last year", he doesn't think the Audi will be most competitive car at the Lausitzring due to its long straights.

"How strong our package will be there, I don’t really know to be honest," Muller said.

"I think relative to Portimao it will be a bit more difficult for us, just because of the characteristic of the track [with the] very long flat-out parts. We know that there is other cars that have a bit more horsepower under their hood which will come to play on this track, that’s for sure.

"And there’s also some more cars that create a lot of stability in high-speed corners and you definitely have a high-speed corner there [in the banked Turn 1], so I don’t think the whole section between the last corner and Turn 2 is going to be our strength. That’s a big part of the track.

"I expect a more challenging weekend than Portimao, but I still hope to be able to challenge for victories as well.

"I think BMW will be very strong there, but I also think Mercedes can do very well as well and Ferrari is always strong. You just don’t know.

"I focus on myself and we [will] try to do our job the best way possible, but I don’t expect us to be the car to beat."