BMW's Marco Wittmann set the fastest time in practice at Hockenheim as the DTM and SUPER GT cars hit the track together for the first time this weekend.

Wittmann's 1m29.881s lap came after R-Motorsport Aston Martin's Paul di Resta suffered a crash at the final corner, skating across the gravel and hitting the outside wall.

Onboard footage showed his steering column dislodging slightly as di Resta turned in, and the team are investigating the incident.

When the track returned to green flag conditions, two-time DTM champion Wittmann improved on his best time twice to set a lap that was just over 0.6s clear of 2019 champion Rene Rast. 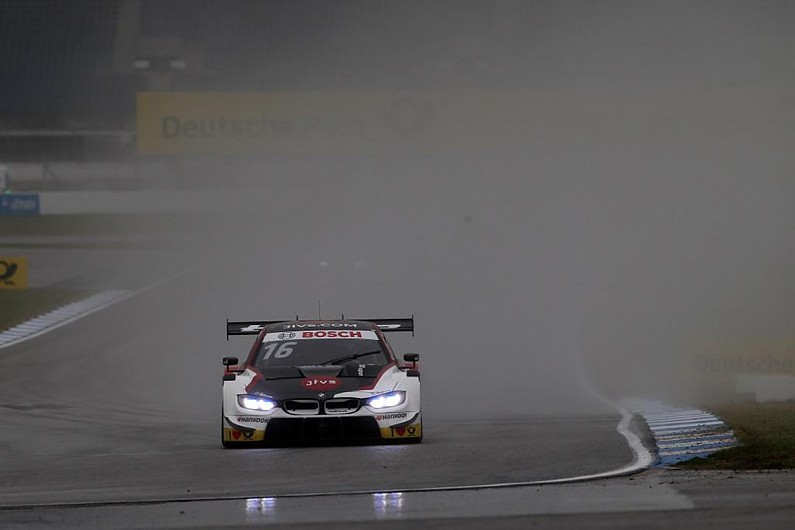 The first practice session proved dramatic for the SUPER GT field as TOM'S Lexus driver Nick Cassidy crashed at the Sachskurve, before the NISMO-run Nissan of Tsugio Matsuda suffered a similar incident.

That left 2009 Formula 1 world champion Jenson Button to rack up the laps for the SUPER GT field as it comes to grips with the DTM's Hankook control tyre and helps inform the Balance of Performance that could be used this weekend and at the Fuji joint-races.

Button progressively moved up the leaderboard before slipping to 16th overall and 2.6s off Glock's morning benchmark time of 1m47.841s.

The Kunimitsu Honda driver improved right at the end of the second session to again place as the lead SUPER GT driver by taking 15th, which was 2.1s off Wittmann's top time. 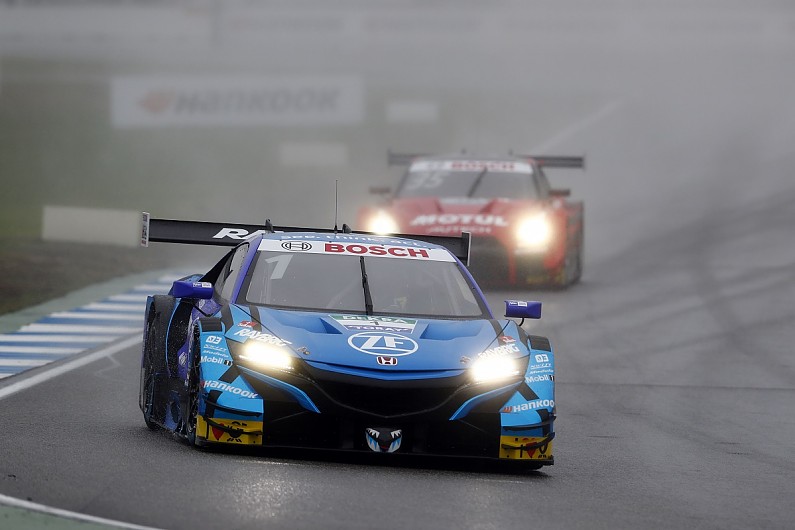 Ryo Hirakawa took over Cassidy's Lexus in the second session - with the car running with an unpainted bonnet after Cassidy's morning crash showed spare parts are at a premium - and was 17th.

The top 10 in the second session was rounded out by Philipp Eng, WRT Audi's Pietro Fittipaldi, Bruno Spengler and Audi's Loic Duval.

R-Motorsport, which will not take part in the Fuji joint-races, had Daniel Juncadella place as its leading driver in 12th.

The session finished with a practice safety car and a DTM-style restart to help the SUPER GT adaptation period.