Alex Zanardi has been announced as the first of BMW's three drivers for the joint-race between the DTM and SUPER GT.

Zanardi made his DTM debut in a guest outing for BMW last year at Misano, pictured below, and took a surprise fifth place finish in a topsy-turvy mixed-weather finale.

While Audi ran MotoGP rider Andrea Dovizioso as a guest driver in 2019 - using the WRT Audi vacated by Pietro Fittipaldi filling in for Jamie Green at factory squad Rosberg - BMW elected not to do so during the campaign.

BMW motorsport boss Jens Marquardt initially put that decision down to BMW having too many commitments in motorsport to add an additional car, before stating at the Nurburgring that the call was due to its struggles during the 2019 DTM season but promised "a good package" for Fuji.

Two-time CART champion Zanardi will again use a specially adapted M4 DTM, including a handbrake system and an accelerator ring on the steering wheel, allowing him to drive without his artificial legs.

"To compete in the Dream Race with the DTM and Super GT is something wonderful for me," said Zanardi.

"The word 'wonderful' is probably used too often, but it is really appropriate in this case.

"The mere fact that I am still able to go racing is like a gift for me anyway. However, the BMW M4 DTM is definitely one of the best race cars I have driven in my career. 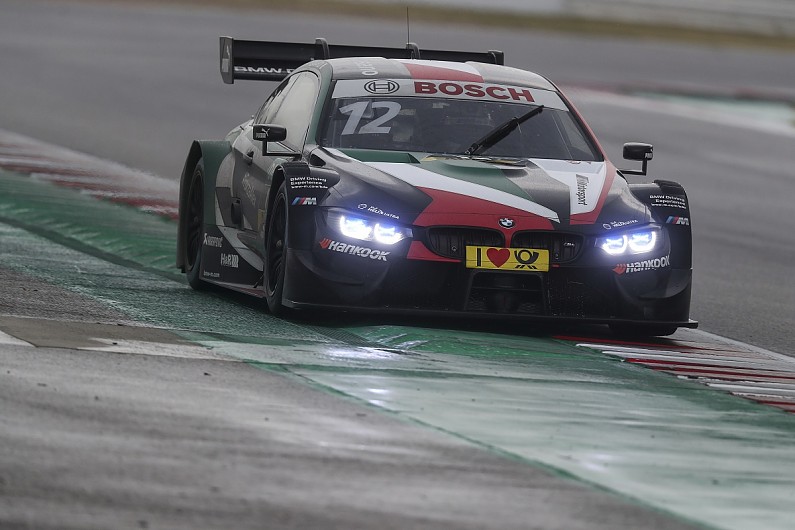 "Plus, I will have an extra 100 hp under the bonnet this year [due to 2019 Class One machinery]. It is going to be fantastic, and I am extremely grateful to BMW Motorsport for this opportunity.

"I know that racing in the DTM is a huge challenge, as all the drivers are highly-professional and excellently prepared. And this time we will also have the drivers from Super GT too.

"As such, my expectations are not too great, from a sporting perspective. I just want to perform to the best of my ability and put on a display worthy of the event. "On the whole, however, I am sure that this is going to be another great chapter in my motor racing career."

Marquardt added: "Nobody has forgotten Alex Zanardi's magnificent guest DTM start in Misano in 2018. As such, we are delighted that he will now be returning to the wheel of the BMW M4 DTM as part of our dream team for Fuji.

"Alex inspires people all over the world and it is fantastic to have him on board in Japan. We are confident that he will cause just as much of a buzz as he did in Misano and most recently at the 24 Hours of Daytona.

"We will reveal the drivers to complete our trio in Fuji at a later date."

Prior to Fuji, Zanardi will drive a modified BMW M6 GT3 at the penultimate round of the 2019 Italian GT Championship in Mugello in October.

Audi is currently evaluating its joint-race line-up, with two-time DTM champion Rene Rast and former SUPER GT contender Loic Duval expected to be in contention, although the "SUPER GT x DTM Dream Race" promoters are keen for it to run a local driver.

The R-Motorsport Aston Martin squad announced during the Nurburgring weekend that it would not take part at Fuji in order to focus on developing the underpowered Aston Martin Vantage DTM for 2020.