The DTM is still "working" on a name change for the series that is now set to come into effect for 2021, according to series boss Gerhard Berger.

Berger had first revealed that the DTM was considering a name change to reflect its bid to become a more international championship at last year's Brands Hatch round.

Autosport understands that the DTM has been mulling over options during 2019, but has yet to make significant progress.

When asked by Autosport if the DTM was continuing to push for a name change, Berger said the series is "working on it", before confirming 2021 as a likely introduction point.

The DTM's bid to become more international has led to comparisons with the short-lived International Touring Car Championship of the 1990s.

A lack of interest and rising costs led to the ITC's demise, and Berger is hesitant to use the joint Class One regulations with SUPER GT to launch a 'world' championship.

"The next step is to stabilise everything in Europe, improve step-by-step. Here [at Brands Hatch] we have more people than last year, great, it's a good step," said Berger. "But it's possible to do another step next year.

"You need to have passion, work hard. In certain countries in Europe, this [Britain] is one of our big names.

"It is important for the manufacturers as it gives the possibility to use the development costs [of Class One] in different continents and that is going to be better.

"It all takes time, you need to pace it. I think everything is moving in a good way." 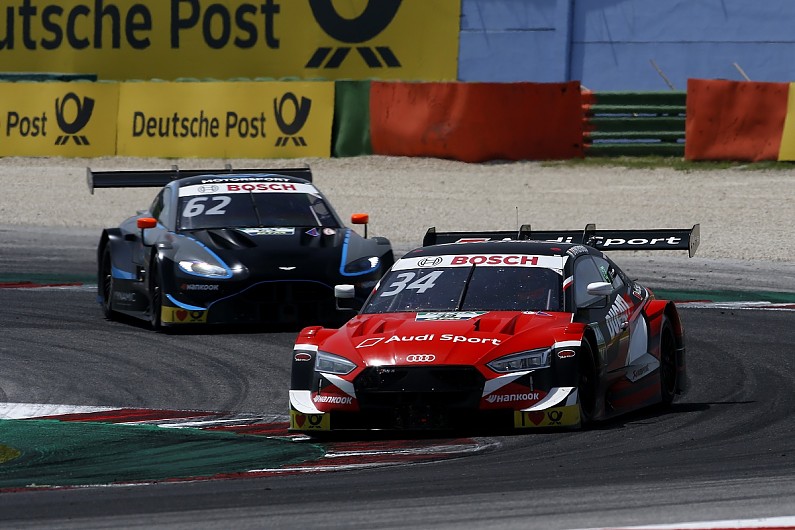 When prodded further over the comparison with the ITC, Berger added: "You know, with world championships - some are good - but it's connected to high logistic costs, and most of these projects are killed by it.

"If you look at Formula 1 and MotoGP, they have such a big business that the logistics are done in a good way.

"But for us, to do a race in Japan [in November at Fuji], we need to fly a jumbo there and it gets complicated, difficult and expensive.

"I wouldn't run blind in a way [where] we go 'OK, we do a world championship'.

"Let's focus on Europe and getting stronger in Europe, especially in Britain. That's why I'm happy this weekend."

Berger added that he was keen to have a French race on the DTM calendar in the future and confirmed that the DTM may move away from Misano to another Italian circuit for the 2020 season.

The change of weekend format from a night race and MotoGP rider Andrea Dovizioso's guest drive failed to improve attendance at Misano this year.