Wittmann's first pole position since the Zolder opener in May came after he edged out Audi's Rene Rast on the first flying runs by just 0.158s thanks to a 1m25.434s lap.

That time went unbeaten and the second flying lap runs were delayed when R-Motorsport Aston Martin driver Jake Dennis slowed to a halt at the Ramshoek bend and caused a red flag.

The problem is suspected to be related to fuel pressure.

Once Dennis's Aston Martin Vantage was towed back to the garage, the session resumed and in the final five minutes, few drivers appeared capable of dislodging Wittmann.

Rast's last flyer started promisingly with a first sector that put him in contention for pole but the Audi driver then had a poor second and third sector that left him second on the grid.

Audi stable-mate Nico Muller had looked set to challenge for pole until he got briefly sideways on the entry to the Geert Timmer Bocht chicane and put two wheels onto the gravel and had his lap time deleted. 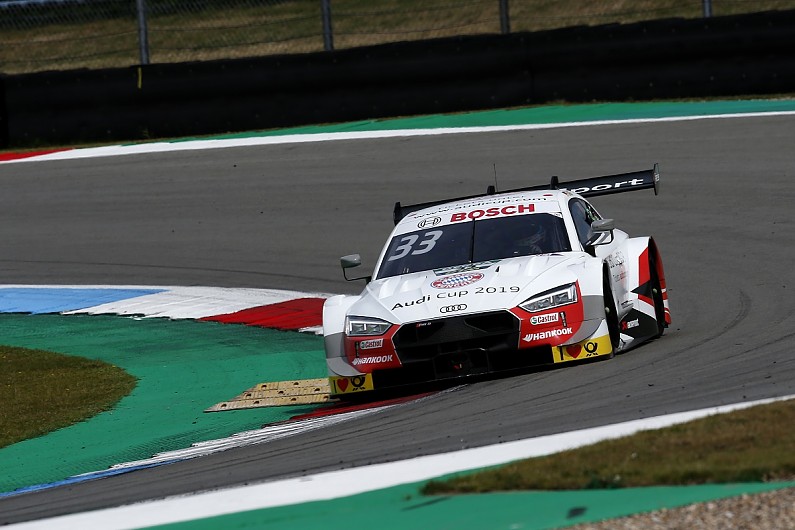 BMW's Timo Glock had been Audi's closest challenger during yesterday's free practice sessions and he sealed fifth ahead of Muller.

Sheldon van der Linde had his best lap deleted in the first runs and headed straight out following the red flag to set a time good enough for seventh on an empty track.

Jonathan Aberdein was 11th ahead of local driver and practice pacesetter Robin Frijns.

But Frijns could start from the pitlane due to an oil pressure issue during the session.

Daniel Juncadella was the leading R-Motorsport Aston Martin driver in 15th, qualifying ahead of Paul di Resta, Ferdinand Habsburg and Dennis, who did not return to the session following his earlier problem.