Several DTM drivers have explained why race starts are proving more difficult to execute in 2019, after a change in the technical regulations put more onus on individual performance.

The removal of electromagnetic start valve is the key cause of the challenge, which had worked in a similar fashion to a handbrake.

Controlled by the ECU, the start valve had acted as a safety net for drivers by providing a level of automatic braking when the driver held the clutch at the bite point, helping to help prevent wheelspin.

The turbocharged engines ensure that wheelspin is a greater factor at the start, potentially causing the car to bog down, and drivers also have to hold the car on the clutch at the right bite point and manage the revs.

The change has had an impact on races: Rene Rast's recovery drive on Sunday at Misano came as a result of his difficult start and Philipp Eng secured fourth at Hockenheim and a win at Zolder by virtue of strong starts.

Audi's Robin Frijns told Autosport: "Last year we had a brake valve, so you were pressing the brakes and pressing a button so that there was a certain amount of brake balance. You pushed and then pre-load.

"You have two things for the pre-load and throttle, but now the brake valve is gone so you can't really pre-load because you don't have any brakes on.

"Some people pre-load with the heel-and-toe kind of thing, and some don't and just drop the clutch."

Frijns added he was still learning which method worked best at the start because his pre-season was impacted by reliability problems that prevented extensive practice.

"I need [more] time because at the starts I wait for the light and drop the clutch, but the clutch didn't bite enough and I baulked [in race one at Misano], but then you have wheelspin," Frijns added.

"If it goes wrong at the start, it's a snowball effect and it gets worse." 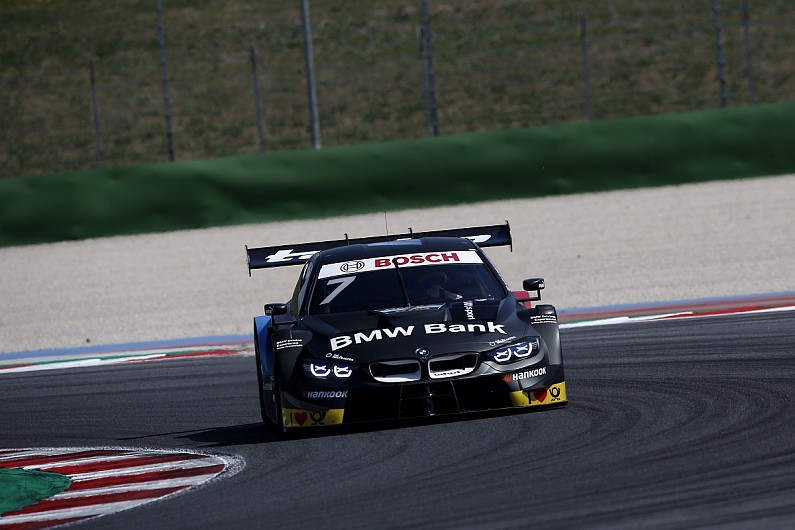 The trend in 2019 has often been that the BMW M4 DTM has made better race starts than the Audi RS5 DTM, leading many to believe BMW has an inherent advantage.

But BMW's Bruno Spengler told Autosport that it was unclear if BMW was stronger at the start.

"I don't know if it's just due to BMW or also the handling, because the race starts this year are very tricky.

"You can make a lot more difference if you hit it right, or wrong and you can lose more.

"It's easy to miss the start, if you miss the start with the turbo engine and more power, you get a lot more wheelspin or bog down and go nowhere.

"You can make more [of a] difference this year than in the past. Our car starts well but on the other hand, it is also how you handle the start.

"It's tough this year, yesterday [Friday at Misano] I missed it completely in free practice and had massive wheelspin, and wasn't going anywhere."