Yamaha MotoGP rider Valentino Rossi says he has "promised" DTM boss Gerhard Berger that he will race in the series as a guest driver at Misano in the near future.

Berger had planned to pitch Andrea Dovizioso and Rossi against each other in an Audi and BMW respectively, but it's believed a late decision from Rossi meant only the Ducati rider raced at Misano last weekend.

It is understood the DTM will attempt to get Rossi into a guest drive as early as next season, and the series will review its Misano experiment - the impact of Dovizioso and a switch away from the night race format it ran last year - this week.

Rossi was speaking to DTM broadcaster Sat.1 on Sunday from his ranch in Italy. When asked if he had been following the DTM at Misano, Rossi said: "Yeah for sure, I didn't see the race but I know the result and I followed Dovi.

"It's a great pleasure because Gerhard invited me for Misano.

"Unfortunately, this time I did not come. But I promised that one time, not so far [in the future], that I will come."

Rossi recently announced he would take part in this year's Gulf 12 Hours, instead of his usual Monza Rally appearance. 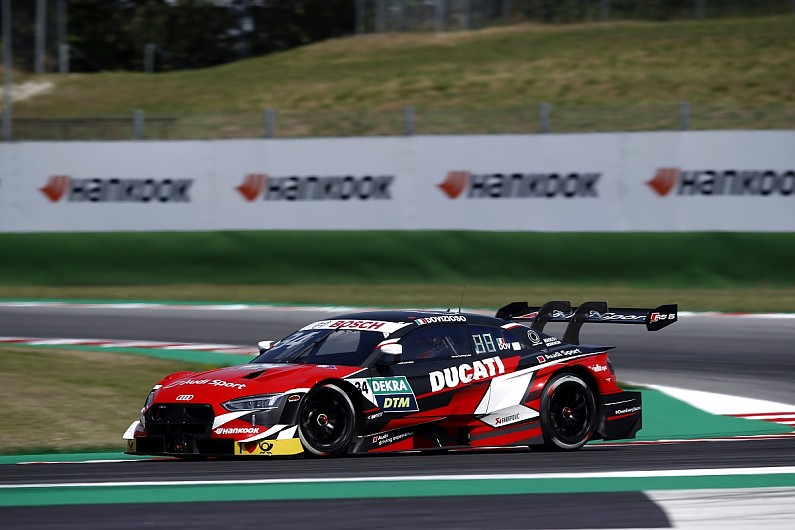 Asked if he would return to the DTM for races against Rossi, Dovizioso said: "Why not? It can be really nice.

"More realistic, [it would be] to battle with these drivers [already in the DTM]."

Asked by Autosport if he was aware that Rossi was following his progress at Misano, Dovizioso said: "I'm not surprised because he has a big passion for the sport, like me.

"He wanted to understand and analyse what riders can do in that championship, so it was nice."

Misano and Brands Hatch are the two circuits on the calendar that have struggled to attract a fan base in their first year. Asked by Autosport if Dovizioso had made an impact, Berger said: "Too early to tell.

"It's important to show that if someone comes to us as a professional, we give him the best possibilities - the tools, the test.

"It's always difficult to be competitive, but then it's even more difficult when you go from the back to the front, but he did a great job."

Dovizioso did not technically fulfil the guest driver criteria as he replaced Fittipaldi, instead of appearing in an extra car.

It is understood the guest driver rule for manufacturers has been relaxed from one use to two this season.

BMW has yet to finalise its guest driver plan and the R-Motorsport Aston Martin squad is "open-minded" to running guest drivers.