Audi has raised doubts over the decision to bring out the safety car for Joel Eriksson's stricken BMW during the Misano DTM opener.

Eriksson suffered a loss of power early in the race and pulled off the track at the exit of Turn 7, causing a three-lap safety car period.

BMW's Marco Wittmann - who started 18th - had made his mandatory pitstop on the first lap and effectively gained around 50 seconds on his rivals due to Misano's lengthy pitlane and the fact that only a one-stop strategy was viable.

It meant race leader Rene Rast ended up in a fruitless pursuit of Wittmann, and Rast's Audi team-mate Duval lost a likely second place, meaning Rast has twice lost potential victories in 2019 due to an ill-timed safety car.

The DTM's sporting regulations allow for slow zones, yellow flags and the safety car, with Audi motorsport boss Dieter Gass believing there were better options than the safety car at Misano.

"It's not so much a question of the rules - but the application of it," Gass said when asked by Autosport for his view.

"We have slow zones, we have local yellow flags, the safety car and plenty of possibilities.

"I think this situation was perfect to apply a slow zone. If you don't apply it in situations like that, I wonder when we are going to use it again?

"The car was in a very safe position, right next to the exit [of the corner].

"I didn't understand it [the safety car call] but obviously, it put the race result upside down and it's the fourth time in five races we've had a safety car and, for me, that's simply too much." 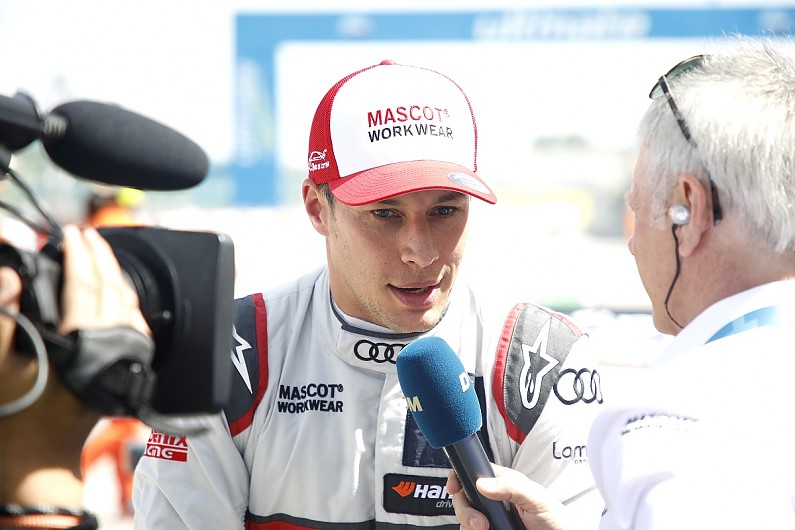 Duval said in the post-race press conference that he felt Audi had lost a one-two finish and called for common sense over when to deploy the safety car.

When asked by Autosport to explain his viewpoint, Duval said: "I think the [IndyCar-style double-file] restart we have in the DTM is really cool for the viewers, it's a great show.

"But when you look at the first few weekends, we have always had safety cars with a big impact [on the race result].

"That's why for me, when you look at the overall picture, it makes sense for the show to have safety cars.

"But you need to look at when and how you put out safety cars, the sensibility is more like where the car was today and where it was parked."

DTM boss Gerhard Berger told Autosport that he had "nothing against the safety car" and stressed the importance of safety during car recovery.

"I hate the way Formula 1 is doing this with the virtual safety and all this shit. I hate it.

"I like if it's a safety car, then it's a restart. That also helps the show, sometimes.

"Sometimes it's not so good for somebody else."

A statement from German motorsport governing body the DMSB in response to the Misano controversy said "in such a case it is the standard procedure that the safety car is used".