Nicky Catsburg is one of four drivers who will sample the BMW M4 DTM in next week's Jerez rookie test.

BMW has yet to confirm its 2019 DTM line-up, although Bruno Spengler and Marco Wittmann drove its new car in the last test.

Its 2018 driver Phillipp Eng will be the reference for the rookies in the test.

BMW has at least one space to fill in its roster for next year now Augusto Farfus has switched to GT racing and a parallel World Touring Car Cup season, the latter running alongside Farfus for Hyundai.

Catsburg does not believe he is in contention for a DTM drive, and has commitments in the World Endurance Championship - driving for BMW - and the WTCR next year.

"I've wanted to try such a car for a long time," said Catsburg.

"I don't see it as a shoot-out for next year but more as an opportunity to drive these cars. It's one of the top championships in the world so it's very cool.

"I've never seen myself as a DTM driver, or a candidate for a seat. The invitation came as a surprise.

"I've never really driven formula cars, and I don't really feel like I have the profile of a DTM driver. 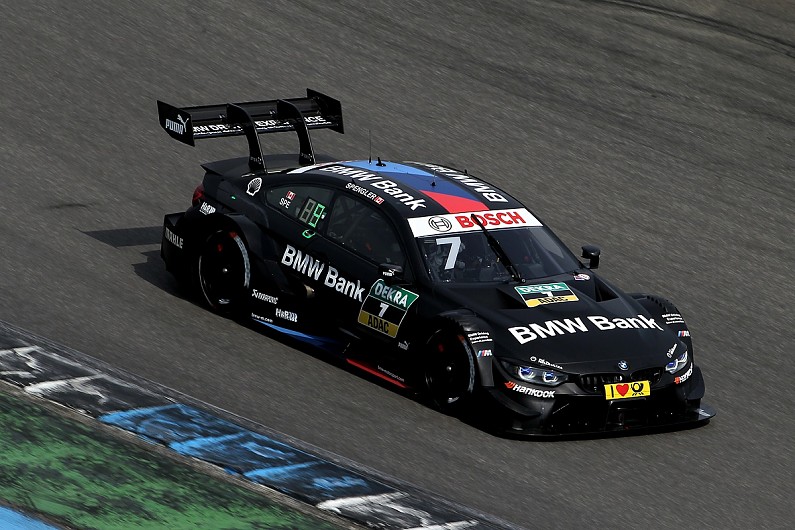 "I never thought: 'Oh well, that's really something for me', like I felt with the World Endurance Championship, WTCR or Blancpain.

"Maybe I always thought the DTM a little too high for me. That's why I see the test as a nice opportunity so I'm just going to have fun."

Catsburg says he visited BMW's Munich base last week for a seat fitting: "I already made a seat there and sat in the car to adjust the pedals and the steering wheel.

"I also quickly looked in the manual but of course that is top secret so I was not allowed to take it home."

BMW motorsport boss Jens Marquardt has previously suggested it has a plan to replace Farfus, but wants to use the test to be certain of the decision.

"There is a young driver test actually coming up, we'll see," said Marquardt. "We obviously have ideas in our minds, but nothing at the stage of sharing level.

"We have a very successful young driver programme, we have options available to us we already have in our mind.

"We have a picture, but we need the test as well to confirm a little bit the picture."

BMW's rival Audi last week revealed its roster of six drivers that will take part in the rookie test, including World Rallycross Championship star Andreas Bakkerud and WRT regular Frederic Vervisch, with his team joining the DTM grid in 2019 as a privateer.

Mercedes, which has quit the DTM, is also expected to be present at Jerez as part of its agreement with ITR, although it is not known which drivers it will run.